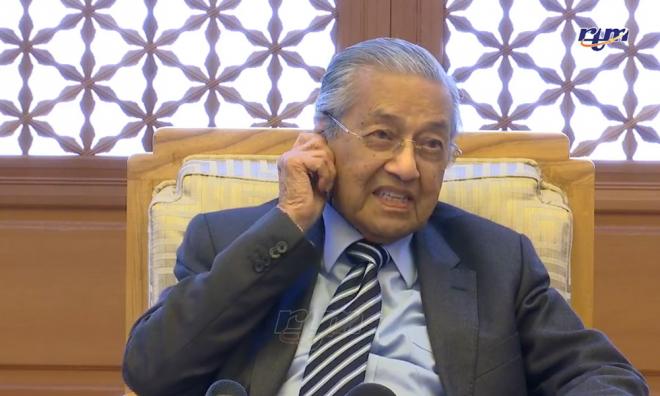 Interim Prime Minister Dr Mahathir Mohamad has completed a meeting with the Finance Ministry’s top officials in regards to the tabling of the Economic Stimulus Package.

The economic package aimed to stimulate Malaysia’s economy and mitigate any adverse repercussions arising from the Covid-19 outbreak and other external uncertainties.

In his official twitter, Mahathir (photo) said the initiative would be announced soon.

However, he did not reveal details of the stimulus package or the date of the announcement, which was initially scheduled tomorrow.

The stimulus package is designed mainly for the aviation, retailing and tourism sectors to cushion adverse repercussions from the coronavirus infections, which originated from Wuhan, China.

The International Monetary Fund has announced that the viral epidemic could shave between 0.1 and 0.2 percentage points off the global growth rate but noted that the slowdown could be followed by a sharp and rapid rebound.

As an open economy, Malaysia is not isolated from any external developments as the virus outbreak is expected to affect the country’s economic growth during the first quarter of this year.