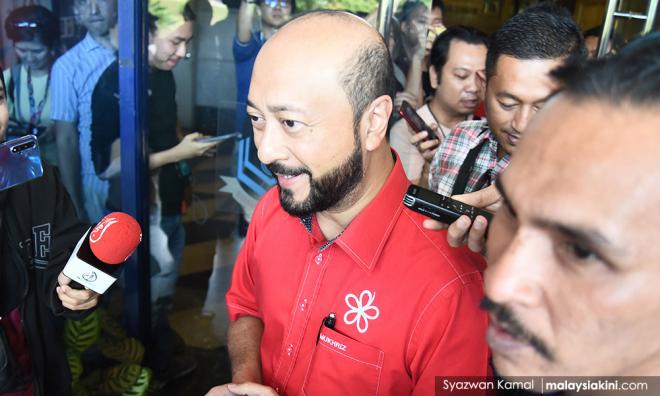 Mukhriz asks for time to issue statement regarding Kedah gov't

“Be patient, give me time to meet with my colleagues before I issue a statement. There are many more things which I need to do to ensure Kedah’s future,” he said briefly to reporters when met at the Sultan Abdul Halim Airport in Alor Setar.

He arrived on a Firefly flight from Kuala Lumpur at about 8.20pm, with his wife Norzieta Zakaria.

The Menteri Besar is expected to convene a special meeting with state executive councillors at his official residence Seri Mentaloon tomorrow night.

The political developments in Kedah continue to pose questions, with both the government bloc and the Opposition still keeping mum on any changes to the state administration.

The political uncertainty which unfolded on Monday at the federal level with the Prime Minister’s resignation and Bersatu’s departure from the Pakatan Harapan alliance, has raised questions about the position of Harapan-led state governments.

Meanwhile, speaking to reporters after the special meeting, Kedah Works, Water Supply and Resources, and Energy Committee chairman Zamri Yusuf said Mukhriz would meet with all state executive councillors and state assemblymen at Seri Mentaloon tomorrow before making any decision on the latest political situation in the state.

Mukhriz had met with the Exco members for about two hours tonight.