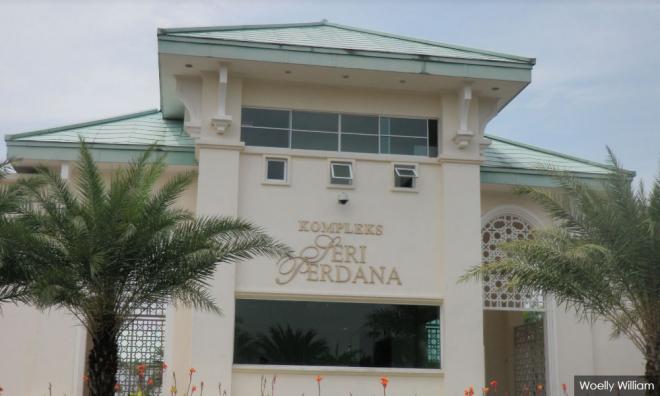 According to witness Ahmad Farriq Zainul Abidin, he accompanied Rizal Mansor to Seri Perdana on that day and that the butlers carried the bags into the building.

"Rizal told me that 'nak bagi barang kepada mem' (he wanted to pass something to ma'am)," said Ahmad Farriq in his witness statement that was read in court today.

Businessperson Ahmad Farriq, 40, testified that he had known Rizal since 2014 and that the latter would often refer to Rosmah Mansor as "ma'am".

At the material time, Rizal worked as Rosmah's aide. Rosmah is the wife to then prime minister Najib Abdul Razak.

The witness said he had met up with Rizal at the Pavilion shopping centre at midday when the latter received a call and proceeded to the lobby of Pavilion Tower.

There, Ahmad Farriq saw two or three men disembarking from a vehicle with two black luggage bags and enter the building, followed by Rizal.

Ahmad Farriq said he waited at the lobby for about 20 minutes before Rizal emerged. Rizal had told Ahmad Farriq that "there's a problem" and the two bags had to be sent to Seri Perdana.

The witness said the men he spotted earlier placed the bags in Rizal's vehicle. Ahmad Farriq said he accompanied Rizal in the vehicle and was joined by a purported police personnel known only as "Evo".

"Rizal told me that the bags contained money and he didn't mention the value... I asked Rizal about our purpose of heading to Putrajaya, to which he replied he wanted to pass something to ma'am," said Ahmad Farriq.

Once at Seri Perdana, Ahmad Farriq said he saw two men dressed in "butler uniform" retrieving the two bags. Following this, Rizal and the two butlers - each towing a bag - then entered Seri Perdana.

The witness was the 11th prosecution witness testifying against Rosmah, who is facing charges of soliciting and accepting bribes in relation to a RM1.25 billion solar energy project for 369 schools in Sarawak.