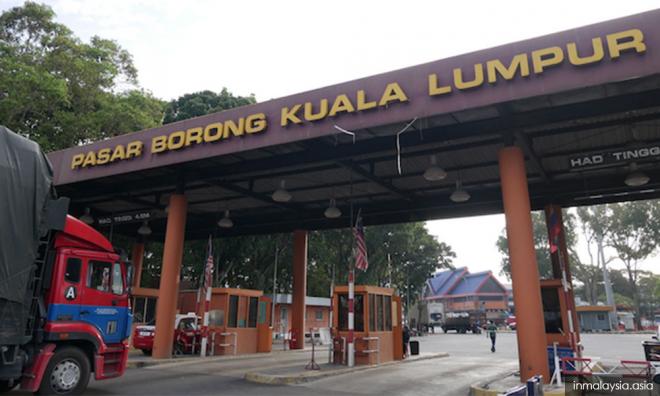 Following this, Kuala Lumpur City Hall (DBKL) has decided to close the market tomorrow to carry out sanitisation work.

The local authority issued a notice to this effect to inform the wholesalers' associations, said Wong Keng Fatt, president of the Kuala Lumpur Vegetable Wholesalers Association.

Two vegetable traders were found to be infected by the virus but the source of the infection is unclear, he said.

"The wholesale market will be closed from 7.30am to 11pm tomorrow. It will resume operations after that. Do not panic," he was quoted as saying by the Chinese daily.

According to Wong, the wholesalers have been instructed to move their vegetables out of the market so that the sanitisation exercise won't affect the produce.

Sanitisation work has already been carried out on the stall operated by the two infected traders, he said.

Meanwhile, Wong also said the market will also be closed by April 5 to carry out monthly cleaning works.

According to him, DBKL has fixed the first Sunday of every month to clean the wholesale market area.

MOH receives ventilators, airconds, face masks and cash contributions
2 Apr 2020
WHO expects Malaysia's Covid-19 cases to peak in mid-April
2 Apr 2020
Pendulum swings in favour of everyone wearing a mask
2 Apr 2020
Covid-19: List of fake news as at 9am today
2 Apr 2020