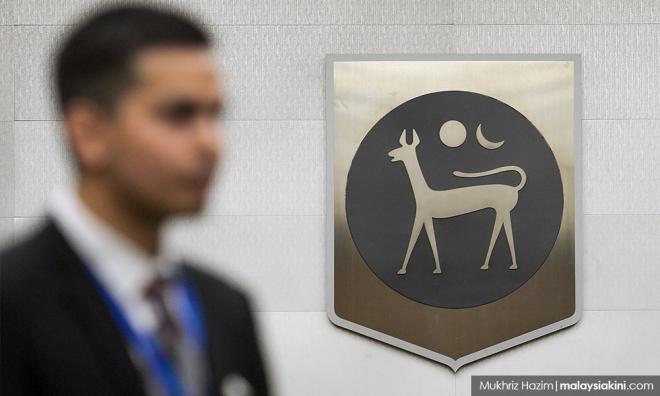 Economy on cusp of negative growth due to coronavirus

The Covid-19 catastrophe will have a significant impact on Malaysia’s economy, with the gross domestic product (GDP) expected to decline to between -2.0 and 0.5 percent in 2020 versus 4.3 percent last year.

However, Bank Negara Malaysia (BNM) estimated the domestic growth to improve towards year-end and subsequently 2021 as risks from the pandemic subside.

This was also in line with the projected recovery in the global economy.

BNM said policy measures introduced by the government would provide a buffer and avert a sharper contraction in economic activities for the year.

The government has launched the first stimulus package of RM20 billion in February to ease cash flow constraints for businesses, provide financial aids and training, as well as to spur investment.

The stimulus package was complemented by two reductions in Overnight Policy Rate by a total of 50 basis points to ensure enough liquidity in the banking system.

“These policy measures will mitigate the severe impact of Covid-19 on income and provide crucial support to household spending.

“During this challenging period, cash assistance to vulnerable households amounting to more than RM10 billion and the flexibility to withdraw from EPF savings will increase household disposable income by an additional RM40 billion,” the central bank said in its Economic and Monetary Review 2019, released today.

In addition, increase in public sector expenditure will also further support growth, especially the continuation of large-scale transport projects such as the MRT2, LRT3 and Pan Borneo Highway, as well as the implementation of upstream oil and gas, telecommunication and power generation projects.

The implementation of small-scale projects worth RM4 billion as announced under the second stimulus package will also lend impetus to the economy.

However, given the constantly evolving risks in the external and internal environment, overall risks to the growth projection is tilted downside.

The central bank said the main downside risk is a prolonged and wider spread of Covid-19, as well as its effects on the global and domestic economy.

The pandemic and the measures taken to contain it are causing simultaneous supply and demand shocks to the country, adversely impacted tourism-related and manufacturing sectors.

BNM said broad-based restrictions and aversion to travel activities will have a sizeable impact of the tourism industry, which accounts for 11.8 percent of the country’s GDP.

“Overall, this would compound the effects of weaker final demand from affected countries, thus weighing further on Malaysia’s manufacturing activity and export performance,” BNM said, adding that it expects exports to contract amid weaker demand globally.

The central bank said the economic activity was also impacted as non-essential service cease to operate and only selected manufacturers were allowed to operate.

In addition, volatility in the commodity sector will also weigh on domestic growth, with prolonged low crude oil prices set to impact the income, employment and investments prospects in the mining-related sectors, although it may alleviate cost pressure on consumers and businesses.

The crude oil prices are also affected by the Opec+ production alliance’s decision not to pursue additional voluntary output adjustments.

Concurrent to this, the price of liquefied natural gas (LNG) is forecast to moderate amid slower demand from Japan and China.

Both crude oil and natural gas production would also be affected by continued maintenance works and reduced operating capacity due to the MCO.

However, the decline in output may be partially offset by the operationalisation of new fields in Sarawak and the commencement of the Petronas Floating LNG Dua facility in Sabah.

Meanwhile, the price of crude palm oil (CPO) is likely to be relatively sustained as weaker external demand is offset by the decline in production, which is expected to extend to the early months of 2020.

This was due to severe dry weather conditions experienced last year, as well as output constraints arising from the MCO.

The disruptions, however, was anticipated to dissipate gradually as the weather normalises and production improves following higher fertilizer application in early 2020.

Banking sector remains resilient against financial macroeconomic shocks
3 Apr 2020
What government must do in a 'war-time' economy
3 Apr 2020
Yoursay: Distressed SMEs – should gov’t save them or let them die?
3 Apr 2020
'Consider ketum and cannabis as part of post-pandemic economic remedy'
2 Apr 2020