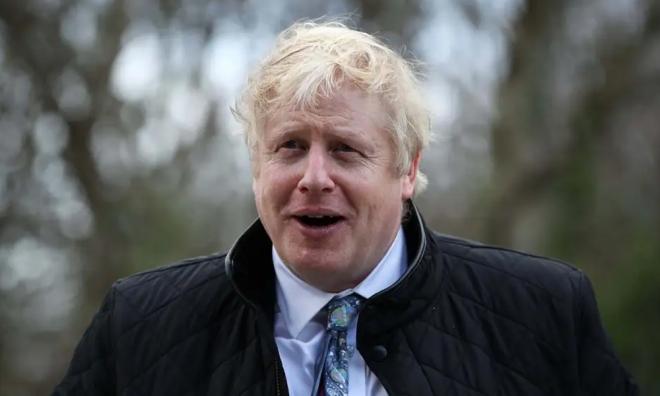 CORONAVIRUS | British Prime Minister Boris Johnson was moved to an intensive care unit on Monday after his coronavirus symptoms worsened, although his Downing Street office said he was still conscious.

Britain has no formal succession plan should the prime minister become incapacitated, but Johnson, 55, has asked Foreign Secretary Dominic Raab to deputise for him.

Johnson, 55, was admitted to hospital on Sunday night and had been undergoing tests after suffering persistent coronavirus symptoms, including a high temperature, for more than 10 days.

Downing Street had said he was in good spirits and still in charge, though his condition deteriorated in the early evening and he was transferred at about 1800 GMT to an intensive care unit - where the most serious cases are treated - at St Thomas' hospital in central London.

"Over the course of this afternoon, the condition of the prime minister has worsened and, on the advice of his medical team, he has been moved to the Intensive Care Unit at the hospital," a spokesperson for his office said.

"The PM has asked Foreign Secretary Dominic Raab, who is the First Secretary of State, to deputise for him where necessary," Downing Street said. "The PM remains conscious at this time."

Downing Street said he had been moved to the intensive care unit as "a precaution should he require ventilation to aid his recovery".

Sterling fell by nearly a cent against the US dollar on the news about Johnson. The pound fell to as low as $1.221, from $1.230 earlier.

Johnson tested positive for the virus on March 26 but after 10 days of isolation in an apartment at Downing Street, he was still fighting the virus on Sunday evening with a high temperature and persistent cough.

His spokesperson had earlier refused to answer directly after being asked whether he had pneumonia. But his move to intensive care confirmed the gravity of the situation.

"There is no doubt this turn of events means Boris Johnson is extremely sick," said Derek Hill, a professor of medical imaging at University College London (UCL).

"One of the features of Covid-19 in all countries seems to be that many more men become seriously ill than women - especially in the over 40 age group. Also, we know that people under about 60 seem to have a higher chance of making a recovery from critical illness with Covid-19 than older people.

British politicians and world leaders wished Johnson well. US President Donald Trump said all Americans were praying for his recovery.

"He's been really something very special - strong, resolute, doesn’t quit, doesn't give up," Trump told a news briefing, adding he had asked two pharmaceutical firms developing potential COVID-19 therapies to get in touch with the British government to offer their services.

"We've contacted all of Boris' doctors and we'll see what is going to take place," he said. "But they are ready to go."

Stand-in leader Raab, 46, said the British government would continue to make sure Johnson's plans for defeating the coronavirus outbreak were carried out while he receives treatment.

Raab, the son of a Czech-born Jewish refugee who fled the Nazis in 1938, was brought up in the southern English region of Buckinghamshire and studied law at Oxford University before becoming a lawyer working on project finance, international litigation and competition law.

A karate black belt, he was appointed as foreign minister in Johnson's first cabinet after the prime minister took office in July 2019.

Asked at a news conference earlier on Monday whether he had been in touch with Johnson on Monday by either text or by telephone, Raab said he had last spoken to the prime minister on Saturday.

Coronavirus in the UK

On March 27, Johnson became the first leader of a major power to announce that he had tested positive for COVID-19.

Medics said patients with COVID-19 can deteriorate after about 10 days, with some developing pneumonia.

Johnson, who is not a smoker, said recently that he wanted to lose weight. He plays tennis and while mayor of London used to cycle around the capital.

The face of the 2016 Brexit campaign, he won a resounding election victory in December before leading the United Kingdom out of the European Union on Jan. 31.

He has faced criticism for initially approving a much more modest response to the new coronavirus outbreak than other European leaders, saying on March 3 that he had been shaking hands with coronavirus patients.

He changed tack when scientific projections showed a quarter of a million people could die in the United Kingdom. On Monday, health officials said Britain's death toll stood at 5,373.

Johnson effectively shuttered the world's fifth-largest economy, advising people to stay at home and the elderly or infirm to isolate themselves for weeks.

The virus had already penetrated the British government.