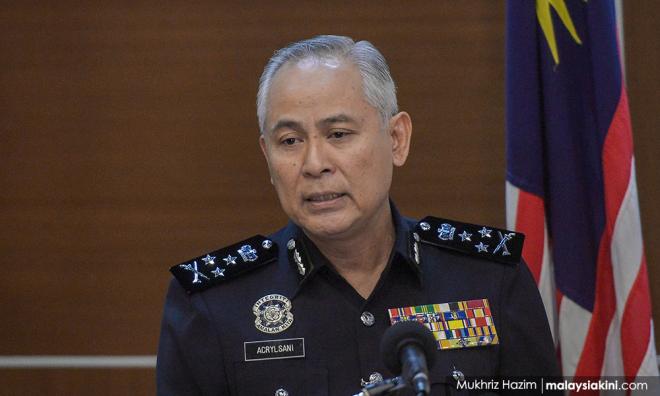 He confirmed that the police had received a reminder letter concerning cyber threats.

He was commenting on a viral message on possible cyber-attacks on government agencies that were currently carrying out tasks online during the implementation of the movement control order (MCO).

Acryl Sani also confirmed that the police did not use the Zoom app for online video conferencing.

I understand that this application is popular for online classes,” he said.

He also advised the public to be careful about making transactions online.

“At the same time, I would like to remind the people to never give out their personal information to third parties to avoid being victims of fraud,” he said.

Police: 37 arrested over RM3.5m face mask scams during MCO
4 Apr 2020
CIMB clarifies 'direct debit' confusion, claims some transactions 're-termed'
4 Apr 2020
Now is the time to empower the digital economy
19 Mar 2020
Internet can be a boon during MCO but beware of hackers
8 Apr 2020