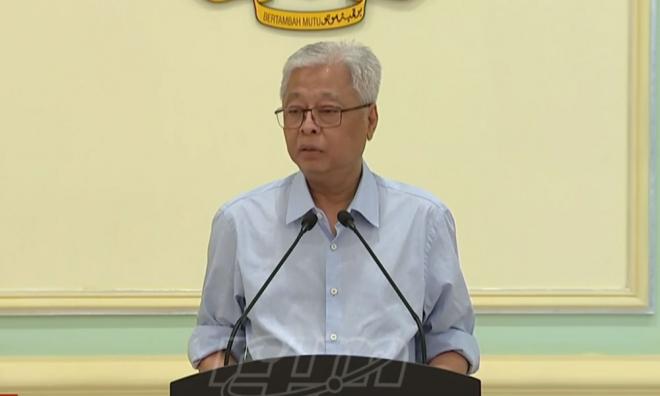 Putrajaya to convert 13 academies into prisons for MCO violators

Putrajaya will convert 13 academies under the Prions Department to incarcerate those who violate the movement control order (MCO), according to Defence Minister Ismail Sabri Yaakob today.

Ismail, who is the senior minister in charge of security matters and tasked with coordinating the enforcement of the MCO, said this was in line with the punishment for the offence shifting back from police compounds to court sentencing which includes imprisonment.

Previously, the courts had jailed MCO violators but the Prisons Department complained this led to overcrowding and could create new Covid-19 outbreaks as social distancing was difficult in these facilities.

Speaking at a press conference in Putrajaya, Ismail said with the conversion of the academies, there would be sufficient space to house the violators.

The minister had previously complained that the number of offenders increased after police issued compounds instead of bringing them to court.

"Before this, there were complaints that prisons would become too crowded and there would be no social distancing.

"Therefore, a meeting yesterday decided that the Home Ministry will gazette 13 prison academies as prisons or detention centres for MCO offenders,” he added.

Ismail stressed there would be no special treatment in these detention centres as prison rules would still be observed.

"The same rules and laws of a normal prison will apply. There isn't going to be better food or things like that.

"We will follow the normal prison standard operating procedure," he said.

Malaysia has been under a partial lockdown since March 18 to curb the spread of the Covid-19 virus.

Under the MCO, all non-essential businesses and services cannot operate while people are only allowed to leave their homes for approved reasons.

Foreigners are also not allowed into the country while Malaysians cannot leave.