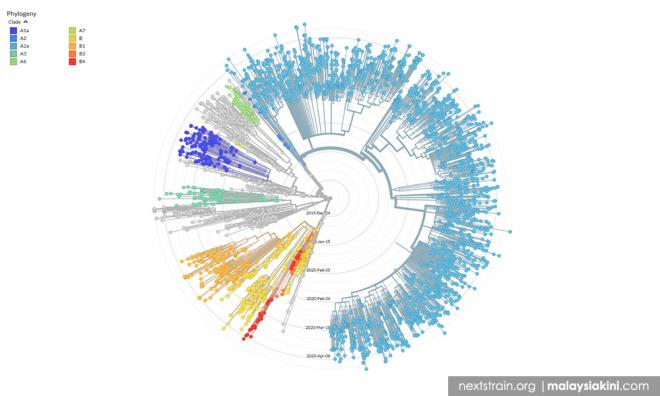 CORONAVIRUS | The health authority has detected mutations of Covid-19 virus in the country and warns of their aggressive infectivity.

According to Health director-general Dr Noor Hisham Abdullah, one of the mutations they found was in "Case 26" who had so far infected 120 others.

"We were made to understand that there are 30 mutations of the virus so far. And in the Institute for Medical Research (IMR), we are doing virus isolation and virus culture.

"We have found that 'Case 26', for example, had one mutation. And maybe because of this mutation it caused the virus to become more aggressive, infecting 120 others.

"The new mutations are even more aggressive, that is for sure," said Noor Hisham.

He was speaking at a press conference in Putrajaya today where he was asked about a study in India which found 10 mutations of the Covid-19.

For the record, "Case 26" has been identified as Hisham Hamdan, who is the chairperson of UDA Holdings and executive director of Khazanah.

He had come forward to identify himself as "Case 26" early last month following media reports and online criticisms against him for allegedly causing a cluster of infections.

"Case 26" had travelled to Shanghai, China in mid-January before he started developing symptoms on Feb 27. He then sought treatment at the Subang Jaya Medical Centre. He was later treated at the Sungai Buloh Hospital after being tested positive with Covid-19, which also saw health authority scrambling to test all his close contacts and family members.

Elaborating further about mutations of Covid-19 in the country, Noor Hisham said IMR had established that most of the positive cases detected in the first wave and early part of the second wave of the outbreak were of Strain B.

"What is important now is to conduct research on the second wave of the outbreak which involved our positive patients who returned from certain countries," Noor Hisham added.