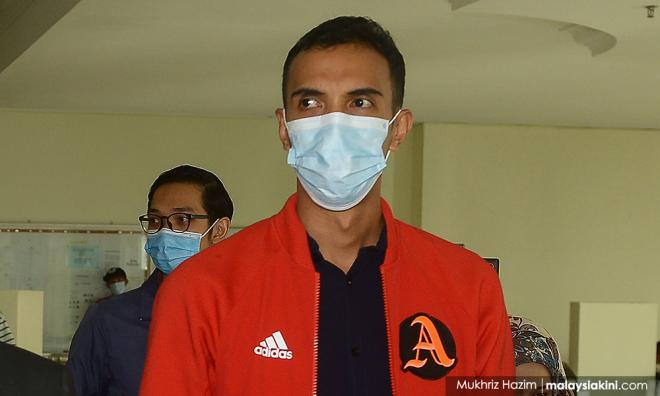 A police inspector who was charged with trafficking two Mongolian women for sexual exploitation yesterday, was today charged at the Petaling Jaya Sessions Court with nine counts of raping and intending to outrage their modesty.

Hazrul Hizham Ghazali, 30, however, pleaded not guilty to all the charges which were read out before judge Norshila Kamaruddin.

On the first to the eighth charge, Hazrul Hizham, who is with the Petaling Jaya district police headquarters, was charged with raping the two Mongolian women, aged 20 and 36, by using his position of authority to get their consent.

He was alleged to have committed the offences in two separate rooms at PJ Luxe Boutique Hotel here between 12.30am and 11am last April 11.

The charges were framed under Section 376 (2) (f) of the Penal Code which provides imprisonment for up to 20 years and whipping, if found guilty.

On the ninth count, the policeman was charged under Section 354 of the Penal Code with using criminal force to the two women with intent to outrage their modesty at the camp set up for personnel on-duty at the roadblock at the NPE Toll Plaza, PJS2 here, between 5.30pm and 6.15pm last April 10.

He faces imprisonment of up to 10 years, or fine, or whipping, or with any two of such punishments, if found guilty.

The prosecution, conducted by deputy public prosecutor Mohd Asnawi Abu Hanipah did not offer bail as the alleged offences involved abuse of power, but lawyer Shah Rizal Abdul Manan, representing Hazrul Hizham, requested his client to be allowed bail as he had been bailed for RM20,000 for the human trafficking case in the Klang Sessions Court yesterday.

“I believe all the cases will be heard together as they involve the same victims. The victims have been placed at a shelter home and it is impossible for the accused to intimidate them,” he added.

The court then set bail at RM27,000 with one surety for all charges and fixed June 2 for mention.