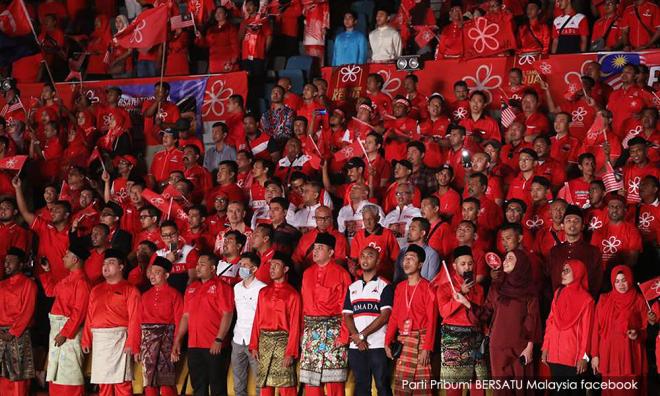 YOURSAY | 'Bersatu, it's time to crawl back to Harapan and live realistically as a smaller party.'

Snap polls on the cards in Johor due to brewing tension between Umno, Bersatu

Anonymous_1544340881: Umno is right. You got to admit that they play politics well. Everyone is a rookie compared to them. Bersatu would not dare fight an election without Umno conceding some seats for them to contest.

There is no way Bersatu will win in mixed and non-bumiputera seats. They would be wiped out and it may even help Pakatan Harapan if it turns out to be a three-way fight by splitting the Malay votes.

In predominantly Malay seats, Amanah will take all the moderate Malay votes and the few non-Malay votes. Umno will just need to get a majority of the Malay votes to win, which they will get easily (even Prime Minister Muhyiddin Yassin's seat is not safe).

In a Johor election, I cannot say who will win – Perikatan Nasional (PN) or Pakatan Harapan, but I am certain Bersatu would be wiped out.

So, all these complaints mean nothing to Umno. Umno is already consolidating its position in Johor, and it is vis-a-vis Bersatu and not at the expense of DAP/PKR seats, which are still relatively solid.

Coward: So, the backdoor government is having issues dividing the spoils. What's new?

Umno is thinking it can win the election alone, and so it is using it to tell Bersatu to shut up and swallow it.

It may be right, but if I were Bersatu, I'll say let’s test it. The reason you had not called one is you are not confident you will win. Post-election, I will not get the spoils, but I am betting that you won't either, so I am calling your bluff.

If we get a state election, it is again not based on principles but because the ruling politicians cannot agree on how much each of them should personally gain from their make-shift alliance.

I say let’s go for an election, let Johoreans decide whether they still want this bunch of selfish and self-serving politicians to be ruling them.

Ghostwhowalks: Bersatu, which helmed the MB’s post in Johor and called the shots under the Harapan government, stupidly handed it over to Umno under the PN government.

Now, you complain of being sidelined in government posts. Karma has its way of retribution, no?

Bersatu, do you for a moment think Umno and PAS have love lost for you? Umno deputy president Mohamad Hasan had made it clear that you are on your own in any snap election or GE15. What sort of relationship is that?

Apache: As the second smallest party in the Harapan coalition, Bersatu was the top dog as they held the PM and a few MB positions because its Harapan allies were generous.

Now that Bersatu betrayed Harapan and supported Umno, not only they lost some MB positions, including Johor, they also became a lapdog in the PN coalition and are reduced to begging for positions.

PMO: Congratulations to Muhyiddin. Traitors stabbing traitors. Bersatu will lose in the end. Muhyiddin will be the shortest PM in Malaysian history. If you think that Harapan is bad, try Umno.

Quigonbond: Bersatu, it is time to crawl back to Harapan and live realistically as a smaller party. You'll still get a better share of positions. That's what greed or otherwise ultra-nationalism got you.

Anonymous_f38c5b90: "Johor Umno is much stronger, we can win the polls on our own. We hold all the cards. Who are they (Bersatu) going to turn to? Harapan? Obviously, that is not going to happen,” said a high-ranking Umno leader.

I think Bersatu will live to regret their move to break up Harapan.

Fair Play: There is more than an even chance that a snap poll is on the cards in Johor.

I suppose Bersatu now realises that its ‘marriage’ with Umno and PAS had made it the ‘wife’ and not the ‘husband’ of the household.

Constitutional Supremacy: Muhyiddin, as former prime minister Dr Mahathir Mohamad had said, when you are riding a tiger, you need to know how to dismount.

See what is Umno now doing. It is thinking of going for a snap election in Johor. After a few months, it will be the national election.

Umno cannot wait to rule outright, for its only hope of withdrawing cases against the party is through taking over the federal government.

RengitBP: I think Johor should follow the footsteps of Sarawak, where the state election is held separately from the federal election.

The state election will then be about Johor, focusing on issues pertaining to people of Johor. It will also force political parties to be more focused on state issues and not contaminating them with federal matters.

Cogito Ergo Sum: This state election will be a referendum on PN and a lesson to Bersatu.

Harapan’s popularity is on the rise after a series of dysfunctional decisions by the PN regime. Let’s hope for a resounding win by Harapan that will set the tone for the rest of the nation.

Fair Malaysian: This is not a surprise. The real surprise is yet to unfold. In the coming months, Bersatu will disintegrate and Umno will break up. There is no choice for Umno if it wants to leave its sticky past and tainted leaders.

The seats PAS has will be further reduced. Divisive politics based on race and religion will gradually become a thing of the past.

The present generation of all races does not want to make the mistakes of our parents. Mahathirism created a model that has been proven to have failed. All those still clinging to that outdated and inimical path have been facing the regressive curve.

Anonymous_1544340881: @Fair Malaysian, I hope you are right. I fear you are wrong. This is because a whole generation has been brought up with special privileges. They will not give it up easily.

Easy access to funds, university spots, civil service and government-linked company (GLC) positions, cheap loans, lower purchase prices for houses, government contracts, etc. Who would want to give this up? It is not easy.

Hence no, I do not think it will happen.

Amid discontent in Bersatu, what's Harapan's game plan?
3 May 2020
Our only choice is Harapan, return to the right path - Mukhriz tells Bersatu
3 May 2020
'Backdoor government' criticism an expired argument, says Azalina
3 May 2020
Muhyiddin should rejoin Umno, says Tajuddin
3 May 2020