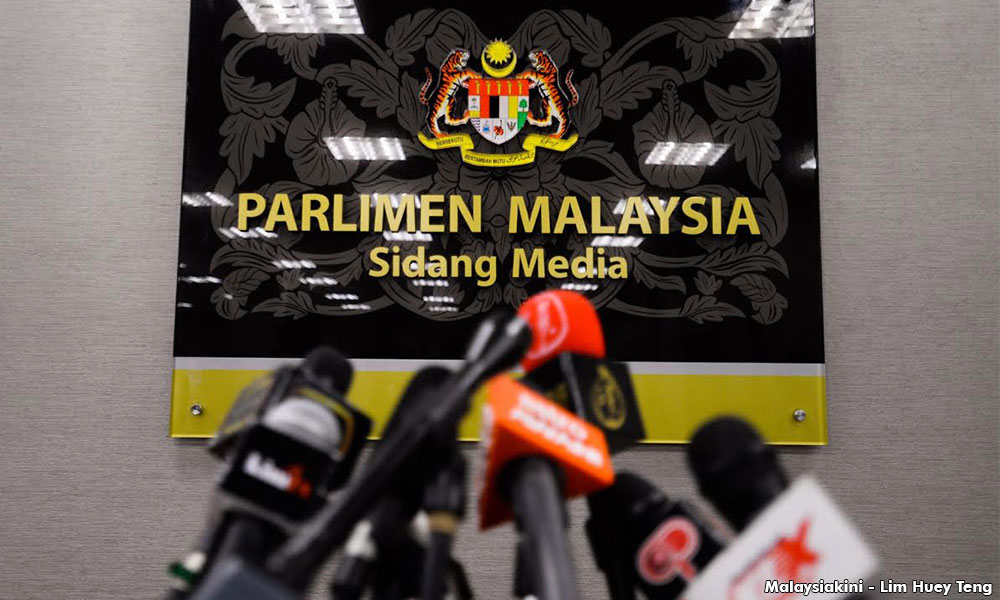 The International Federation of Journalists (IFJ) has called on the Perikatan Nasional government of Prime Minister Muhyiddin Yassin to reverse its move to restrict media access to the one-day sitting of Parliament on May 18.

De facto Parliament and law minister Takiyuddin Hassan said on May 8 that media access to the sitting would be restricted to official media RTM and Bernama on the instructions of Speaker Mohamad Ariff Mohd Yusof who cited safety reasons due to the Covid-19 outbreak.

media
coverage
parliament
government
Related Reports
COMMENT | Muhyiddin is keeping Parliament in the 14th Century
2 months ago
COMMENT | What could happen on May 18? Three possible scenarios
2 months ago
Don’t use Covid-19 as excuse to restrict media scrutiny, groups urge Dewan Rakyat
2 months ago
The fight is still on, Anwar and Dr M say in joint statement
2 months ago