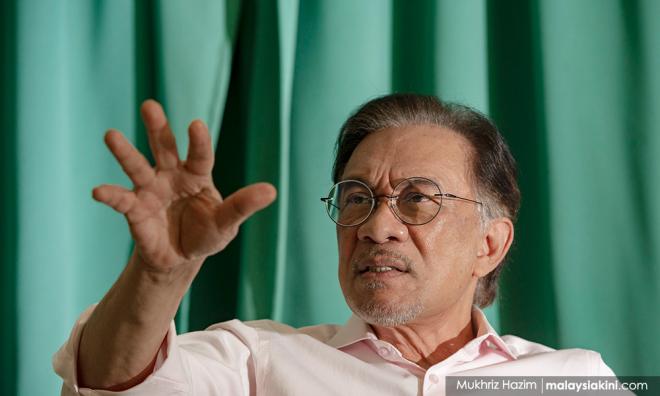 EXCLUSIVE | The Perikatan Nasional (PN) government which came into power following a political coup is ruling the nation with impunity, according to Pakatan Harapan leader Anwar Ibrahim.

With check and balance absent, the 72-year-old politician argued that his coalition cannot wait until the 15th general election to recapture Putrajaya.

In an exclusive interview with Malaysiakini at his office in Petaling Jaya yesterday, he indicated that Harapan would not trigger a snap poll and is working towards securing a comfortable majority in the Dewan Rakyat before making its next move.

"[… ] Of course, there is despair if you allow (the government) to continue without being kept in check.

"There are no parliamentary checks, mainstream media seems to be more subdued now and there is harassment against civil society, journalists and so on.

"So I think we don't have an option but to ensure that change takes place faster and not wait for the elections...