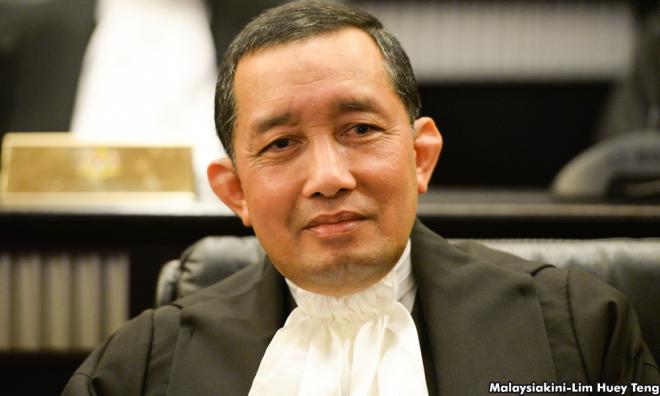 Attorney-General Idrus Harun has filed an ex-parte application to initiate contempt of court proceedings against Malaysiakini and its editor-in-chief.

The application, which was filed yesterday, is scheduled to be heard at the Federal Court in Putrajaya tomorrow morning.

In his affidavit, Idrus (above) said the application for committal proceedings is with regard to readers' comments in an article dated June 9 titled “CJ orders all courts to be fully operational from July 1.”

Citing five comments, he alleged that they “clearly meant that the judiciary committed wrongdoings, is involved in corruption, does not uphold justice and compromised its integrity.”

“These comments threaten public confidence in the judiciary and are clearly aimed at tarnishing the administration of justice by the judiciary,” he added.

Idrus alleged that Malaysiakini had erred in facilitating the publication of these comments, which were “unwarranted" and "demeaning” attacks on the judiciary.

The case is being investigated under the Communications and Multimedia Act 1998 as well as the Penal Code.

Gan said Malaysiakini would cooperate with the police and would consult its lawyers regarding the contempt proceedings.

Court of Appeal rules contempt notice against Lokman Adam is valid
13 May 2020
Prosecution wants to cite Najib for contempt over 'fairer trial' under PN comment
19 May 2020
Zahid fails to produce PMO invite, court finds no contempt due to 'miscommunication'
3 Mar 2020
Court allows AG's appeal to set aside contempt proceeding against him
28 Jan 2020