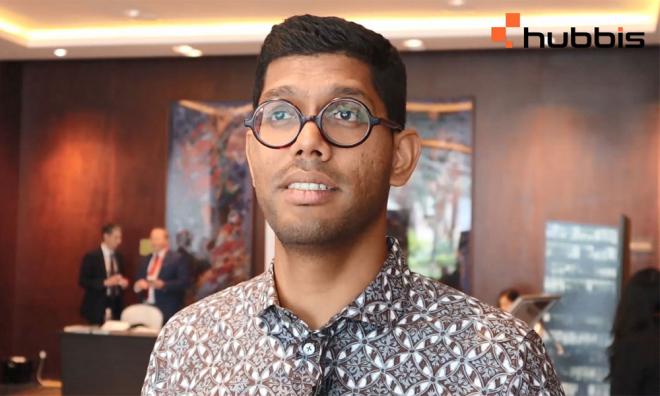 YOURSAY | ‘Jalil's resignation was simply to make it easier for politicians to lay their hands on state assets.’

Business First: "We made a big financial and family sacrifice to relocate back to KL from Singapore because I truly wanted to contribute to nation-building," said outgoing Permodalan Nasional Berhad's (PNB) CEO Abdul Jalil Rasheed.

I was moved when I read this. Here is a Malay-Muslim Malaysian who had made it in Singapore - a place where the Malay extremists and supremacists claim they oppress Malays.

He learnt values there that allowed him to rise in the corporate world - honesty, integrity, hard work and living by one’s principles.

Then he returns home with all the experience he had gained competing against the best to contribute to his homeland, only to be rejected for the very values that made him a success abroad.

How many Malaysians leave to contribute elsewhere? Regardless of race and religion, they will leave if this is the way here. Such a blessed country with wonderful people but ill-served by a corrupt elite.

One: Clearly the hounding of a young Malay leader, who was willing to come back to serve the country, to leave his job is no longer about protecting the Malays and Islam but about the misuse of GLCs for preserving political power.

Let’s hope enough Malays are smart enough to see the damage such corruption is doing to the country.

Weijian: Our very own talent who served Singapore, decided to make a big financial sacrifice to return home to serve his country instead. But this is what has happened to him.

This will strike a warning to all Malaysians working overseas with the intention to come home for the country to not do so. Our brain drain will only continue.

Salvage Malaysia: Malaysia will never progress far because our system is so convoluted that brilliant professional Malaysians cannot work under such an environment.

The biggest beneficiary has always been Singapore where they attract our top talents to contribute to Singapore. How long can we keep playing this game?

Clever Voter: Good governance and transparency built over the years are slowly but surely being dismantled.

For anything to do with government, it will surely be abused and misused. The criteria used by successive governments are not who's most fit for the job rather the feudal system applies.

Jalil's resignation was simply to make it easier for politicians to lay their hands on state assets. There is nothing to stop them.

Blue Shark 1548: This country has rejected a talented Malay who gave up his job in Singapore to serve Malaysia. This is a sad reflection of the Perikatan Nasional (PN) government.

PN and its MPs are doing us a disservice by their appointment of unqualified politicians and individuals to head our government-linked companies (GLCs) just to give them an additional source of income.

I hope the Malays will take notice and vote against PN come GE15. But unfortunately, waiting for the next GE may be too late and we expect Harapan Plus to act now before Malaysia becomes a banana republic.

Rupert16: It is really sad to see another very competent person with high integrity leaving a government-linked body under a cloud, and to be replaced by questionable (and even corrupt) political appointees.

The way these appointments have been made lately shows that our country is heading the same way as Venezuela and by the next couple of generations, the country will be a failed state like Zimbabwe, Sudan, Afghanistan, etc.

The way our country is heading, so sad indeed for our children and grandchildren.

Apa Aku Dapat: This is happening especially now as there is greed among PN politicians.

Many CEOs are being used or influenced by politicians. Many of them, including those in GLCs, just want to sit on their cushy chairs, fat salaries and perks but not care at all for integrity and their personal conscience. They would rather suck up to these demands.

If you don't agree with the higher-ups, you will be asked to leave or be removed.

Cogito Ergo Sum: Jalil was forced out because he was honest and straight in carrying out his duties.

He did not bow to crony pressure or the demands made by the political masters. There were personal attacks against him, even questioning his ethnicity and loyalty.

We have come to this when race trumps ability. How sad.

RengitBP: We may never know the real story behind the departures of Jalil and Petronas CEO Wan Zulkiflee Wan Ariffin. Both are professionals with proven track record of performance.

I respect the position put by Jalil - he has his principles that he doesn’t want to abandon. He resigned and is not taking any other positions offered by the PN government.

Gman: Jalil, God bless you for keeping to your principles. You have won the respect and praise of Malaysians.

We know it has been a difficult process for you and your family. May this door be closed and a new and better season awaits you.

Sun: Jalil is a hero and a hope for the younger generation of Malays who are sick of corruption and lack of integrity among the so-called leaders of our race.

You and your family will be rewarded greatly by Allah and your name will lend pride to your children and the generations they will generate.

Leon: I am not a corporate person. I run my own business and am quite content with that. Never even pondered for such a GLC position in my life.

As a concerned Malaysian however, we want the very best for the country. We want to see Malaysia be on par with the best in the world. And to get there, we need capable people to steer our country and organisations.

Dr M: Only those who stand up to Muhyiddin can save Malays and Malaysia
16 Jun 2020
Jalil's exit shows gov't values politicians over young talent - Syed Saddiq
16 Jun 2020
PNB shareholders urge not to worry about changing of guard - expert
15 Jun 2020
'I chose hard road over struggling with my conscience' - Ex-PNB CEO
15 Jun 2020