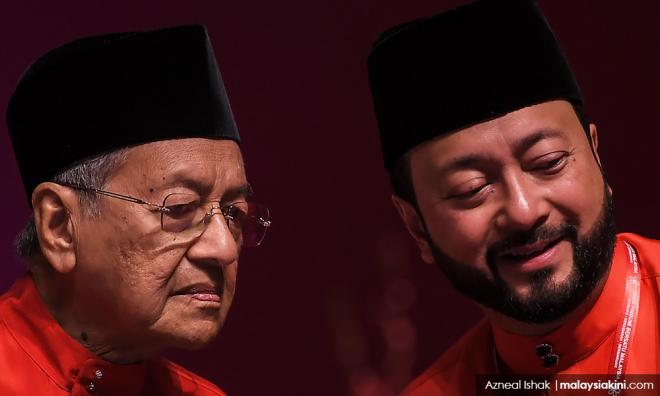 Dr M: I expected criticism but Mukhriz as DPM proposal not by me

Langkawi MP Dr Mahathir Mohamad said the proposal to make his son Mukhriz Mahathir the deputy prime ministerial candidate did not come from him but from Pakatan Harapan leaders.

"I'm aware that I would be criticised when naming my son Mukhriz as the deputy prime minister II.

"This proposal did not come from me. In a joint statement by Amanah president Mohamad Sabu and DAP secretary-general Lim Guan Eng, Mukhriz's appointment as deputy prime minister II was already mentioned," Mahathir said in a blog post.

He was referring to a statement, by Lim and Mohamad, which said it was proposed that Anwar would be the prime minister while Mukhriz...