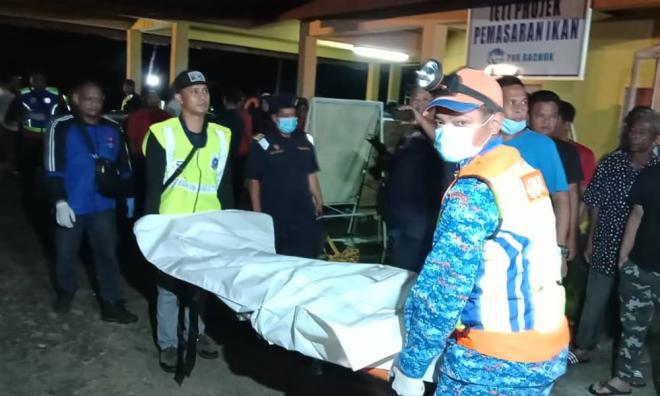 Their excitement over a fishing trip in Bachok waters here ended in tragedy when a boat carrying 20 people including the skipper and crew capsized after it was caught in a storm about 10 nautical miles from the Kuala Kemasin Base Jetty, Bachok, last night.

Kelantan deputy police chief SAC Abdullah Mohamad Piah said in the incident at 8pm, four of the men were found drowned, four more are still missing while 12 anglers were confirmed safe. All are between the ages of 18 and 60 years.