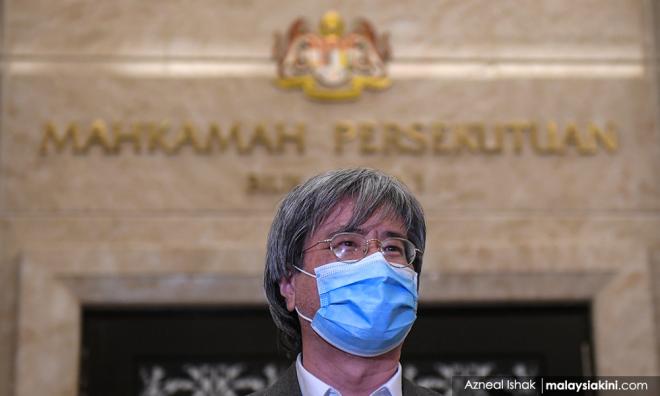 (Editor's note: In view of the Federal Court's order for everyone to avoid commenting on this case, the commenting function for this article has been disabled.)

The law does not require news organisations to pre-moderate and censor comments left by readers on their websites, the Federal Court heard today.

With such a volume, Malaysiakini relied on its readers to flag offensive comments which will then be subjected to a moderation process.

As for the five comments which were the subject of the contempt hearing today, Malik said the defendants had removed them within minutes of being informed of the matter by the police.

The defendants are being accused of facilitating contemptuous comments which scandalised the court and caused an erosion of public confidence in the court.

Since morning, the seven-member Federal Court panel had been hearing arguments on why the contempt proceedings should be struck out.

Earlier, Malik argued that Malaysiakini should not be held responsible for comments made by readers and the attorney-general needs to prove that the respondents "knowingly published" the comments.

He also argued that there were procedural flaws in bringing the matter directly to the Federal Court instead of lower courts because it would deny Malaysiakini and Gan any chance of an appeal in case of a guilty verdict.

In reply, senior federal counsel Suzana Atan argued that Malaysiakini had facilitated the allegedly contemptuous comments by providing a platform.

She said the defendants should have removed the offending material immediately after it was published and not four days later.

"They could have (assigned a) moderator to remove comments," she told the court.

In reply, Malik said facilitating alone should not be construed as an intent, which was repeatedly emphasised in his submissions.

Later, the apex court fixed July 13 to hear contempt proceedings after dismissing Malaysiakini's application to set aside the leave order to initiate the proceedings.