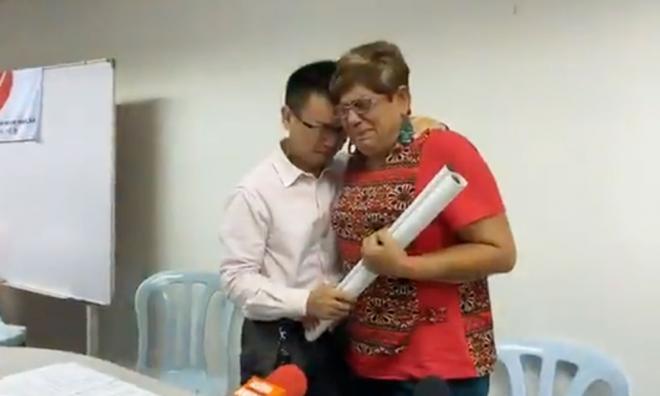 YOURSAY | DAP rep quits party as a matter of principle?

YOURSAY | ‘I respect your decision, Mary, for it must have been a very tough one.’

IndigoJaguar7545: Rahang assemblyperson Mary Josephine Prittam Singh remains Pakatan Harapan-friendly. This is a dispute between a party and its member. I'm sure PKR, Amanah, or other Harapan component parties are happy to take her if her problems are sincere.

The party veteran is reportedly upset with the decision of the state leadership not to endorse her choice of chairpersons for the village community management councils announced by the state government on last Wednesday.

I, unfortunately, know very little of Negeri Sembilan and its village community councils. Mary is signalling her principles here, which is better than what other politicians are willing to do. Before you jump down her throat, read the full article.

Quietly Staying At Home: If it's not a case of ‘lompat’ (party hopping), and all parties involved were unable to settle the disputes internally, it's actually a good thing she leaves.

Better to declare right out that you can't support the party, rather than stay inside and complain, or worse, be a thorn in the flesh.

GoldenPhoenix2391: Crocodile tears. If you have any ethics or moral gumption, leave without occupying the state assembly seat. Then you will earn respect for your principles, irrespective of whether you have been sidelined.

Without the assistance of your ex-party grassroots supporters and helpers, you would not have won the seat. You are only thinking of yourself and not the constituents and party workers.

Black1814: Mary, return 80 percent of your salary and allowances as a state assemblyperson to DAP because you did not win the seat as an independent candidate. You won under the DAP-Harapan banner.

We didn't vote for you, we voted for DAP's choice of candidate who happened to be you, Mary, to serve us with salary, allowance, and pension.

Hbasil: I salute Mary, if her intentions for the nominations of chairpersons were genuine. If she is doing it for the right reasons, then please quit DAP but stay on and continue your work for the people who need your help very much.

It is always good to stand up for the right values because people will eventually see through the "trees" and support anyone of good heart, irrespective of party.

The time has come where most Malaysians are fed up with politicians who are party serving, not electorate serving. Good to know for once we have someone who has decided to stand up for the right values and principles.

I have voted for DAP in the past eight elections but am currently sick of the attitude of most of the representatives since Harapan came to power.

The politics of wanting to remain in power and govern Malaysians as part of the Harapan coalition has seen values and principles set aside or thrown out the window. Independent representatives are what people look up to, not parties from now on.

Of course, those in Umno/PAS and their supporters vote along party lines, not so much if the candidate is worthy. Corruption and abuse are part and parcel of those parties, including those in East Malaysia.

But those in DAP better watch out because the majority of supporters are not blind in their support.

Being more well-informed and merit-driven, DAP supporters demand accountability and expect decisions based on the good for all Malaysians, not just one race or religion. Strive for the people always, Mary, and fear not!

The Wakandan: Mary should reconsider, even if she is right. Her 46 years of service should mean something for her and the party.

What really made you quit when you have been with the party for 46 years? How many more effective years do you expect to serve? Especially at a time like this, when there are so many political frogs, why do you choose this moment to quit the party?

What is the bigger reason that could cause you to throw away the 46 years of your loyalty and service? Surely, you cannot be wrong for the last 46 years.

PurpleLeopard8279: @The Wakandan, you should ask why she would she do that after 46 years? It's not something she took lightly.

Perhaps the tables have been turned on what kind of leadership has that kind of effect on a loyal member for 46 years?

Doc: So how is quitting DAP going to solve your unhappy feelings towards the party? In the next election, who is going to vote for you? People voted for DAP and not for Mary Josephine Prittam Singh.

Maybe you are hoping that DAP will coax you to rejoin them with a Hindi drama stunt? Of if that does not work, then do the frog Bollywood dance with Perikatan Nasional?

YellowCondor2074: I respect your decision, Mary, for it must have been a very tough one. I also quit supporting PAS after Tuan Guru Nik Aziz’s era and it has not been easy either.

One thinks we have this in common - we both echo Harapan’s reform agenda. I trust you will stick to it at least until the 15th General Election and not be bought over. God bless.

Gulugulu: DAP is a very strong and stable party. It can survive without you, Mary. It will continue to be an important party in the near future.

However, its scope is very limited. It is catering mainly to a niche Chinese community. With a dwindling Chinese population, its survival is at stake.

Without the support of other races, it will forever be an opposition party and can never contribute significantly to Malaysia’s development.

Thus, DAP has to shed its image as a Chinese party. Sadly, its short stint in the government has proven to be disastrous. Many of DAP’s ministers were shown to be incompetent, apart from Hannah Yeoh, Yeo Bee Yin, and Gobind Singh Deo. DAP needs a major overhaul by removing the old horses in the party.

Therefore, you are quite right to jump from a sinking ship. However, it is hard to be independent when you are advanced in years and lacking in talent and charisma.