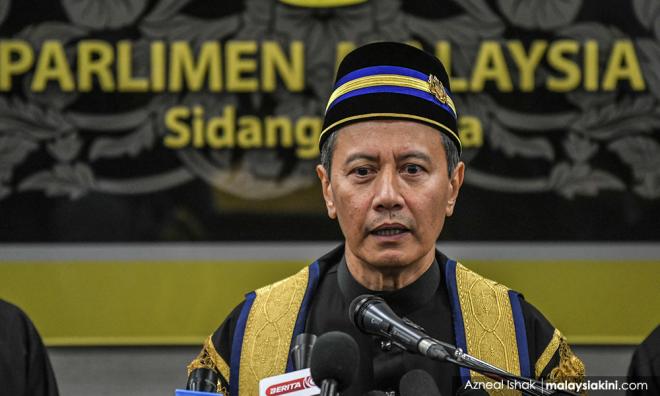 MP SPEAKS | The government managed to oust the Pakatan Harapan-nominated speaker of the Lower House of Parliament with a very slim majority - only with a margin of two votes.

Thereafter, the Parliament appointed a new speaker, whose first mind-boggling duty was, inter alia, the improper ejection of an opposition MP from the House - the MP for Shah Alam, Khalid Samad.

In addition to that, the newly installed speaker also failed to make any ruling as to whether the racist remarks made by Baling MP (Abdul Azeez Abdul Rahim) should have been classified as unparliamentary. His reason for such a refusal? The said MP had withdrawn his uncalled remarks. Ergo, no need for any ruling.

I questioned the speaker. Yes, the MP had withdrawn his unparliamentary remarks but the speaker never made any ruling against such remarks despite repeated calls by several MPs...