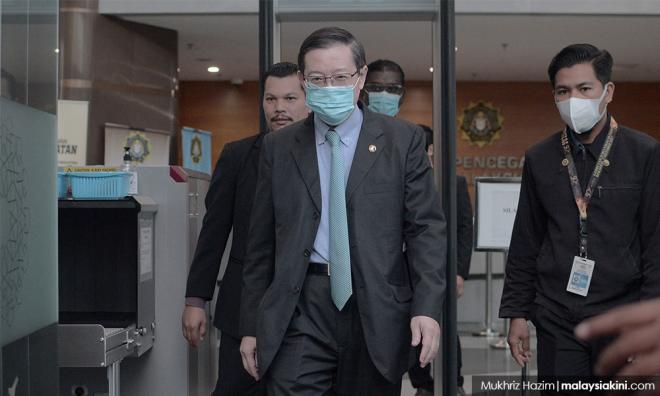 Former Penang chief minister Lim Guan Eng ended his third round of questioning at the MACC headquarters today after more than eight hours.

Lim and his lawyer RSN Rayer reportedly left the MACC building at 7pm.

According to Bernama, a source from MACC had said that for now, Lim would not be called up to give any more statements tomorrow.

He had been called in by the MACC twice before this in the past week to assist in investigations into the RM6.3 billion Penang undersea...