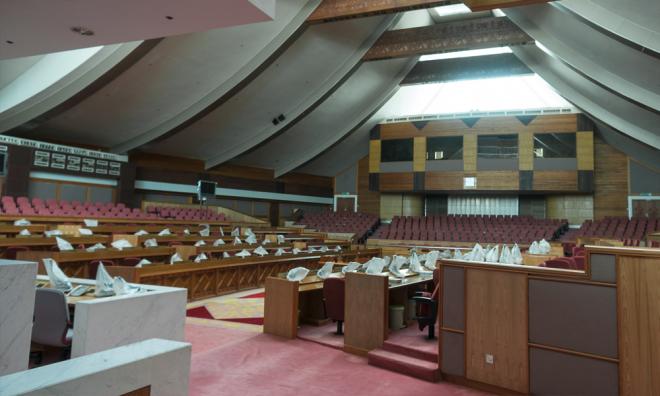 YOURSAY | The frogs have jumped in vain in Sabah

YOURSAY | ‘Bury for good those who try to steal the govt and deny you the choice you made in GE14.’

Shafie: Fresh polls within 60 days, voters can decide between Musa and me

Ferdtan: Dissolving the Sabah state assembly and making way for fresh polls is a sign of respecting the people's mandate by going again to the people.

The crossing-over of elected representatives is disgusting and that has been the behaviour of Umno, which grabs power via the backdoor through bribes and positions.

Bersatu, which is presently leading the Perikatan Nasional (PN) government, has followed the same modus operandi used by Umno – this is not surprising as Prime Minister Muhyiddin Yassin was from Umno.

Despite that, the Warisan government has fallen via defections and a snap poll is to take place, one thing that is most gratifying is to lay eyes on the defectors, the ‘frogs’ who have jumped in vain.

Why? Because they are not going to be allegedly paid the millions they were promised to betray the state government. On top of that, they would not be chosen as candidates as no one wants a traitor.

So frogs, eat your hearts out. You got nothing and those who stayed would be rewarded with a win in the election due to the expected backlash.

Meanwhile, let's not give all praises to Sabah caretaker chief minister (CM) Shafie Apdal who called for a snap election. All credit should instead go to Sabah Governor Juhar Mahiruddin.

What Shafie did was not unexpected. The mere fact that the governor, or Tuan Yang Terutama (TYT), accepted the advice from the CM to dissolve the assembly means that His Excellency respected the constitution.

As happened before, this may not have been the outcome. He could have easily refused the advice, as that is certainly not unprecedented. Remember a previous “advice” from a member of royalty that he would not dissolve the assembly if there is a change in his state government?

So it is the Sabah governor who is the hero here. Thank you, TYT for bringing faith back to Malaysians. Fairness and impartiality in the name of democracy still remain, though rare.

Fair Play: Yes, kudos to the Sabah governor. He did the right thing, and in accordance with the constitution.

He listened to the advice of the incumbent CM (Shafie) and agreed to dissolve the state assembly instead of accepting former CM Musa Aman’s statutory declarations (SDs) claiming he had a simple majority as the basis to form a new state government.

The governor’s decision, perhaps, would send a clear signal, in no uncertain terms, to career politicians that party-hopping cannot and will not be encouraged - at least in Sabah. It is important that Peninsular politicians take note of this. A precedent has been established, no less in Sabah.

Would the frogs be punished in the snap election? I hope so - to send a clear signal to unscrupulous politicians that frog jumping is not a lucrative vocation once elected into office.

Seriously: Sabahans, please rise up and retire these frogs. Bury for good those who try to steal the government and deny you the choice you made in the last election.

We are sick and tired of these leaders who have no regard for the sacred mandate given to them.

Cocomomo: I am curious. If some of the corrupted, lying, lack of integrity state assemblypersons were paid to defect, do they now need to refund their money because the state assembly has been dissolved?

Clearwater: @Cocomomo, if you were paid in whole or in part to defect and you did as told but fresh elections were called, would you refund the money? No way, jose. Not your doing. The payer failed to anticipate the other side's next move.

Of course, if promises were made, you cannot collect them now. Plus, your state assemblyperson position is now at risk with fresh elections.

HangTuahPJ: Shafie, once you have your new team after the elections, make all of them sign contracts that they have to pay zillions if they party-hop after winning.

An anti-party-hopping law is nowhere in sight, so you need to do this for the sake of the rakyat. Just like what PKR did.

Mugi: If our constitution allows frogs to be a state assemblyperson or a member of parliament, I would suggest that for those who are selected to stand for a future election, they must give a bank guarantee and two guarantors for this purpose.

The objectives are, in the event of a frog jumping:

1. The party concerned can forfeit the bank guarantee (value to be determined)

2. The party that buys the frog may have to pay the two guarantors for the jumping transaction to succeed.

Gerard Lourdesamy: The governor has exercised his absolute discretion correctly under the state constitution and his decision is not justiciable. Let the mandate be determined by the people.

Now Umno and Bersatu with their minions in Sabah like Star, PBS, and PBRS will start fighting over seat allocations.

It is shocking that the backdoor PN government in Kuala Lumpur can interfere so blatantly in Sabah matters.

I hope Umno leaders Najib Abdul Razak, Ahmad Zahid Hamidi, and their group of MPs would bring down the PN regime as soon as possible so that a snap general election can be held for the whole country.

With a very slim seat majority in the Dewan Rakyat, PN is not fit to continue in government where personal interests and the greed for power dominate an administration that is supported by the corrupt and bigoted.

Constitutional Supremacy: Sabah shows the way. Salute to the governor for following the constitution and not allowing for people's mandate to be robbed.

We appeal to the rulers in Peninsular to follow Sabah’s example. The governments in Johor, Malacca, Perak and Kedah changed hands based on SDs only.

LrdfM: Shafie, win or lose, you have our highest respect. The mandate rightfully belongs to Sabahans and not the frogs.

We hope Sabahans show the whole country that we need responsible leaders and reject outright the selfish politicians. Malaysians are sick of the betrayals. May the force be with you and Warisan.

Shovelnose: A snap election is a better way to resolve the problem created by money politics.

Something must be done to reform the political system, such that upon election to the Parliament or state assembly, if a representative decides to change sides, they must resign their seat and a by-election must be held to affirm the mandate by the electorate.

Otherwise, it will make a mockery of the whole election process.

yoursay
sabah
shafie apdal
election
Related Reports
Musa barred from state palace amid plans to appeal against dissolution
4 d ago
Shafie takes a dig at Musa's attempt to be sworn-in
4 d ago
COMMENT | The role of the Sabah caretaker govt - state law society
4 d ago
LIVE | Assembly dissolution gazetted, Musa shows he has the numbers
4 d ago