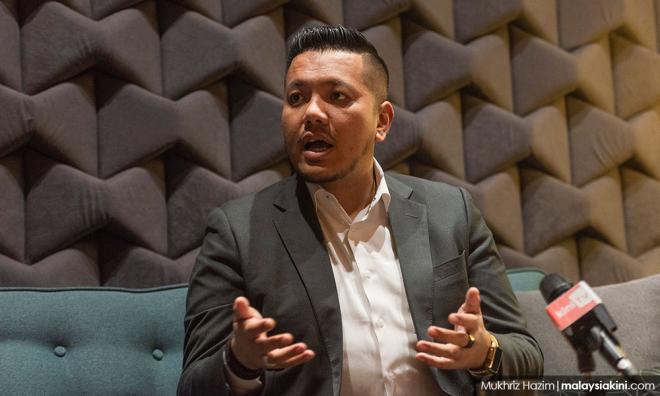 YOURSAY | Afif can try his luck, but voters may not forget the treachery

YOURSAY | ‘Harapan did not fall due to arrogance. It fell because of traitors and kataks (frogs).’

Afif: Arrogance could lead to PN's downfall, like it did to Harapan, BN

FairMalaysian: Dr Afif Bahardin, nice try. There is a saying that you can fool some of the people some of the time, but you cannot fool all the people all the time.

You have joined a coalition that smacks of racial superiority. When I see you now, I see in the background Azmin Ali, Abdul Hadi Awang, Najib Abdul Razak, Ahmad Zahid Hamidi, Muhyiddin Yassin, etc, and unless my eyes deceive me, these people are all avowed racists.

I understand that you need to talk about a multiracial country and all that because you need votes. We are not fools.

Your boss Azmin's first order of business after becoming a minister was to initiate the Bumiputera Economic Congress. It is his way of fishing for Malay votes and we understand that, but if someone believes in that kind of a future for this country, then he is not possibly going to have traction with the New Malaysia.

Umno leader Tajuddin Abdul Rahman may have the guts to talk about Tanah Melayu and the supremacy of one race because he comes from a constituency that has a large majority of that race. Let him say the same thing and stand in Pandan, his pants will drop.

What he doesn't realise is that with his recalcitrant attitude, he is going to be the cause of the downfall of some good politicians from his party elsewhere in the country. That is how selfish he is.

Dr Mahathir Mohamad recently chided Anwar Ibrahim for going along the path of multiracial party politics. What is Mahathir left with now?

Mahathir has always been entrenched in the old school of Malay politics which everyone now believes is the reason why Pakatan Harapan failed.

Mahathir's brand of politics has been and still is very bad for this country. Where Abdul Razak Hussein failed, Hussein Onn made it up but with Mahathir, we have a nation divided as never before.

You can try your luck contesting under the banner of Perikatan Nasional (PN) or Bersatu but, as they say, the result is written on the wall.

OceanMaster: There are a bunch of politicians, including young budding ones like Afif, who think they are the ones carrying all the burden of the nation and that Malaysia is their Sdn Bhd.

Let me be clear and I hope I am able to speak for millions of citizens of Malaysia who slog daily, raise wonderful families, give utmost best for the employers or businesses, diligently pay tax, don't steal, don't deceive, not racist, want justice and peace, and trying to connect our lives to the rest of the globalised world.

Every minute of our commitment, as individuals and collectively, the silent majority, is what the outcome of the Malaysian economy and social well-being is. We are the life jackets that keep Malaysia floating, come hell or high water.

People like you are just parasites with no backbone, taking advantage of the handout culture that is so ingrained in so many politicians. Go out there and find a proper job first. Don't teach us how to suck eggs.

Hang Babeuf: Afif grew up in Shah Alam, Selangor. He received his secondary education at Maktab Rendah Sains Mara Lenggong/Chenderoh in Perak, and had his university education at Universiti Teknologi Mara (UiTM), graduated with a bachelor's degree in medicine and surgery.

After leaving university, Afif worked as a medical officer at the Seberang Jaya Hospital and Sungai Buloh Hospital, etc.

One thing I do not understand. All these people who get a fine medical education at the public’s expense and then decide that they don't like being doctors, doing what doctors do.

So they cabut lari (run away) and become politicians - thereby "wasting" the completion of the full years of an entire medical career that, through and in them, the public has invested in. As in this case, much of that national investment in the full term of their careers is simply hangus (burnt).

That is nothing other than a breach of public trust, which is, I suppose, a good and appropriate beginning, in Malaysia that is, for a political career.

Surely one Mahathir as the “doctor to the nation” is enough. At least Mahathir did not prescribe, wholesale, a gulp of warm water as a general prophylactic against the coronavirus.

Iphonezours: Afif, indeed you can contest in the next election as an independent or under PN or any other party, but please remember that you were elected by the grace of the rakyat.

Like your other colleagues, Azmin, Zuraida Kamaruddin and Haniza Mohd Talha, people don’t forget your treachery, and historically, traitors are not given a second chance.

Even now you can see that politicians from the PN government don’t take kindly to the actions of your colleagues and they consider all of you as opportunists. It’s best for you to return to the original cause and struggle if you really want to have a political future.

For heaven’s sake, please don’t talk rubbish about arrogance when you forget about how people betrayed the trust of the party and the voters. Even though you did not leave PKR to join the likes of Azmin and Co, but you supported them.

You should have distanced yourself and condemned such treachery by these people. Lecture these people first, before talking about the arrogance of PN, Harapan and BN.

Wee_R_Malaysian: Sheraton Move was a political coup. It’s lame of you to bend your words and say that it is people's punishment that brought the Harapan government down.

You have no right to say this on behalf of everyone who voted in GE14. It is only through elections that we can throw out a government and it is the only legitimate way.

David: Harapan did not fall due to arrogance. It fell because of traitors and kataks (frogs). I bet my last dollar that you will lose your deposit if you ever stand for election in Seberang Jaya.

Empty vessels like you make the most noise. Good riddance to bad rubbish.

Hmmmmmmmm: I think we should refrain from venting our feelings for people like Afif. Let them continue to dream that they still stand a very good chance of winning the GE15.

We only show our displeasure after they are nominated.