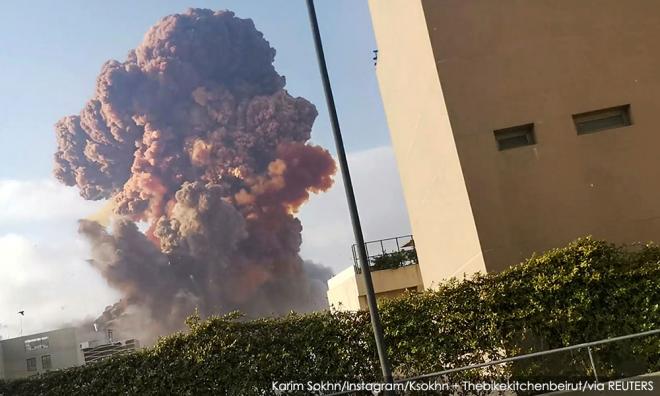 Lebanese rescue workers dug through the rubble looking for survivors of a powerful warehouse explosion that shook the capital Beirut, killing 78 people and injuring nearly 4,000 in a toll that officials expected to rise.

Tuesday's blast at port warehouses storing highly explosive material was the most powerful in years in Beirut, already reeling from an economic crisis and a surge in coronavirus infections.

President Michel Aoun said that 2,750 tonnes of ammonium nitrate, used in fertilisers and bombs, had been stored for six years at the port without safety measures, and he said that was "unacceptable".

He called for an emergency cabinet meeting...