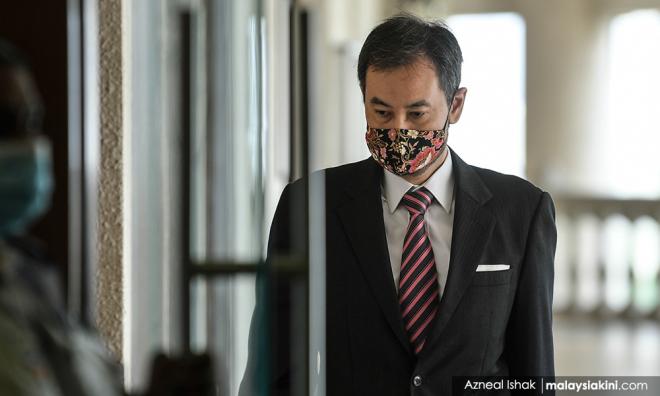 1MDB TRIAL | Najib Abdul Razak’s defence team and 1MDB’s former CEO locked horns in court today over whether the latter understood the full implication of signing a Finance Ministry’s letter of support for the issuance of US$3 billion in bonds from a joint venture between the sovereign wealth fund and Aabar Investment PJS Limited (Aabar BVI).

Counsel Wan Aizuddin Wan Mohammed was grilling the ninth prosecution witness, Shahrol Azral Ibrahim Halmi, over the impact of the latter signing the 2013 letter which purportedly, in effect, acted as a guarantee from the Malaysian government that the bonds’ issuer would repay 100 percent of the principal.