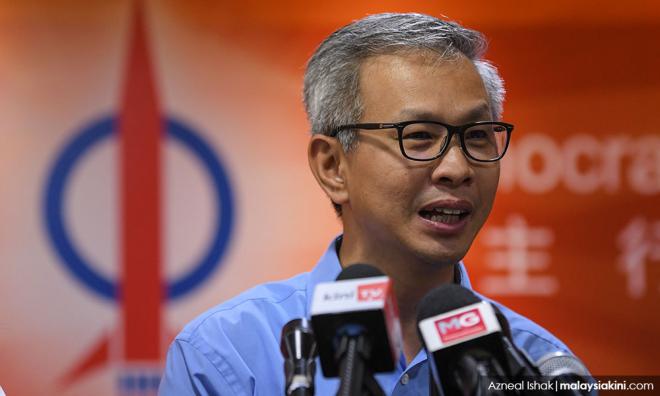 DAP is launching a week-long fundraising campaign to help pay for the bail of its secretary-general Lim Guan Eng who was charged yesterday with soliciting a bribe in relation to the Penang undersea tunnel project.

The party's national publicity secretary Tony Pua announced that in addition to paying for Lim's RM1 million bail, the ‘Solidarity with Lim Guan Eng’ fund would help repay sums that the party had borrowed from supporters on Friday.

"The prosecution had asked for RM2 million bail deposit and the court has granted RM1 million. We have paid RM500,000 with funds borrowed from supporters and will have to pay another RM500,000 to the court on Monday.

"Any surplus received from the donations will go towards the general election to fight the backdoor government and return the mandate to Malaysians who voted for change in 2018," said Pua in a statement this morning.

This comes after former finance minister Lim claimed trial to a charge of soliciting a bribe with regard to the RM6.3 billion Penang undersea tunnel project in the Kuala Lumpur Sessions Court. He has since been released on bail.

The opposition leader is also expected to face additional charges on Aug 10 and 11 at the Penang Sessions Court.

Meanwhile, his wife Betty Chew will also be charged at the Butterworth Sessions Court on Tuesday under the Anti-Money Laundering, Anti-Terrorism Financing and Proceeds of Unlawful Activities (Amla) Act.

"This is not the first time that Guan Eng has had to fight trumped-up charges by those in power in the court of law," lamented Pua.

"He is now charged for allegedly ‘asking’ for a 10 percent profit cut in the undersea tunnel project which was awarded via open tender and evaluated by the most senior Penang and federal government civil servants.

"We call upon all Malaysians to unite to fight the political persecution of Lim. We believe that Malaysians will stand up for righteousness to ensure that justice will prevail," added Pua who is also Damansara MP.

Penang DAP: No rally at court for Guan Eng next week

Please drop charges against Betty, she is not Rosmah 2.0, pleads father-in-law