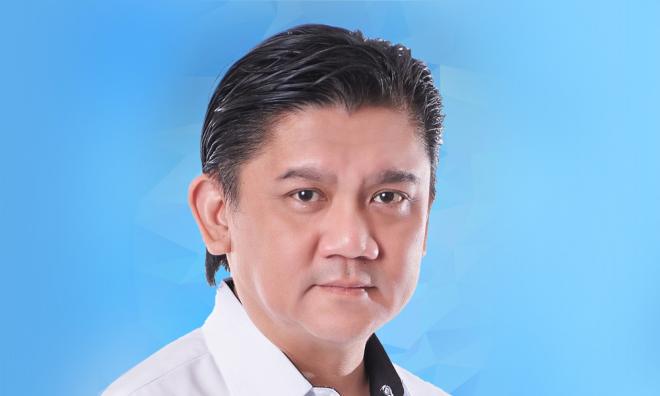 YOURSAY | 'The Inanam rep spins an incredible story and expects us to believe it.'

Just A Malaysian: Incumbent Inanam assemblyperson Kenny Chua, you have betrayed the voters who trusted you to carry on with the battle. Nobody promises you that the environment would be perfect, but it’s on you to make things right.

Jumping to a corrupted politician is wrong and whatever your excuses, it will not be accepted. I hope voters will kick you out in the coming Sabah election.

Prudent: The fact is that once elected, these representatives become free-agents - free to sell to the highest bidder and make their filthy lucre.

For them to defect, any excuse will do. The voters are at their mercy, whims and fancies till the next election.

This renders Malaysia's system of democracy, as practised at present, meaningless and a costly waste of time and resources. This has now become clear.

In fact, this is becoming clear even in the US with President Donald Trump bullsh*ting everyone, except the coronavirus.

OrangePanther1466: The Inanam rep spins an incredible story and expects us to believe it.

He must have learned from Trump, whose motto is - if you keep repeating the lie, it will become the truth.

ScarletHamster1885: These traitors or frogs never feel regret doing what they are doing. This is because some of these traitors are voted back in, even though they have betrayed the voters multiple times.

So the voters are actually acknowledging such behaviour. Or, for those who are first-time frogs, they will try to win back the voters by giving them goodies. For these frogs, voters can be bought too, some are more forgiving and others gave up voting altogether due to such behaviour.

To those Malaysians who feel reluctant to vote in next election, please think twice. Silence is not an option. You are just simply acknowledging their treacherous act by not voting against them.

LimeHarimau7067: How can you face your wife, children and yourself each night when you go home?

First, you chose to be a traitor for your own benefits. When your selfish plan backfired (there is a God), you now claim you do it because you supported party leader PKR president Anwar Ibrahim?

Really? How come you didn’t even consult your party or Anwar before becoming a frog?

IndigoToucan1627: Chua, if you are loyal to PKR as you claim to be, why did you not consult your party boss before you signed up with Musa?

And suddenly, you claim to speak on behalf of DAP, too. Sorry, your career in politics is over.

Quigonbond: As far as the reasoning goes, this is one of the worst. Pakatan Harapan will work with Warisan and they are going into the state election as allies.

If Chua is loyal to Anwar, he should not have joined Umno’s Musa Aman camp. The best he could do is to quit Warisan government and be a Harapan-friendly independent.

VisionX: Indeed, if he is not happy with Warisan, then go and be an independent. Why join a corrupt party? Is a party with the president and secretary-general on trial for corruption a better party than Warisan?

Enough of the lies. Don’t portray yourself as a saviour. You are just one of those greedy frogs. Admit it!

ZainiHussin: Chua, you are okay with supporting Musa? That itself tells us a lot about your principles. Now, since you're stuck, you are trying to wriggle your way out.

Bobby0: Every BN menteri besar or chief minister that was voted into power never did anything to protect the interest of Sabah and its people.

Musa was in Umno and his loyalty goes to his bosses in Kuala Lumpur. Sabah resources and wealth were shipped to the capital and some landed in the pockets of these greedy Sabah politicians. If there were no funds for Sabah, what happened to the 50 over years under BN?

So Chua, stop taking the public as fools. The offer from Musa was too difficult to refuse. But you blame it on Dr Mahathir Mohamad, Warisan and Anwar. These are flimsy excuses.

Your loyalty should be to your voters who elected you on the PKR platform. Well, let’s see whether your excuses will be accepted by your voters in the coming election.

FairMalaysian: What kind of twisted logic is this? Jumping from the mud into the dungeon. How is he going to convince that his jumping into the dungeon is any better than when he was bathing in the mud? Does he really think people are fools?

Bravemalaysian: Chua. you have lost every fibre of integrity and nobody trusts you anymore. It’s the end of your political career.

Perhaps it was all worth it if you have received the alleged money. Otherwise, you have been out-manoeuvred by Shafie, who defeated your selfish devious plan by dissolving the State Assembly and calling for snap polls.

Kamikasi: Too bad, wrong timing. Chua, you don't betray your friends. You may not have heard the saying - "sink or swim together".

You are a selfish lackey trying to gain some favour. Leave and be gone, and good riddance.

Headhunter: Sabahans could do the whole country a favour by rejecting frogs. They should set a new normal that betraying the voters will not be looked upon favourably.

We all must stand in unison that such unprincipled and corrupt behaviour is no longer acceptable.