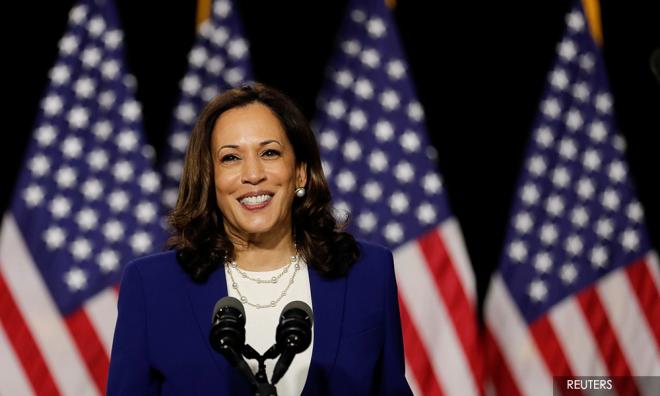 YOURSAY | Malaysia has a lot to learn from 'flawed' US system

YOURSAY | ‘Can a Kamala Harris ever happen in Malaysia?’

Just who is Kamala Devi Harris?

Vijay47: Reading the Kamala Harris story, most Asians would take pride that ‘one of us’ is in the running for the vice-president post in the United States, while Indian Malaysians would rejoice that namba ponnu (our girl) is now so close to the top.

Harris, whether she reaches the vice-presidency or not, is already a remarkable woman from a remarkable family with a remarkable record. No one can but admire her and wish her continued success.

To Malaysians, Harris evokes more than a touch of wishful thinking. Can a Kamala Harris ever happen in Malaysia? Former finance minister Lim Guan Eng and former attorney-general Tommy Thomas are testimony to the savage, primitive attitudes running and ruining our country.

Even the mere suggestion of a non-Malay deputy prime minister drives certain sectors into satanic stages of amok, leading us to wonder how far a nation with such mindset can go.

MS: Reading the various news reports about Harris and all that she has achieved in multiracial America triggers the comparison of her story with what happened in another multiracial country when Guan Eng was made finance minister and Thomas was appointed attorney-general.

The crude, uncivilised reaction of Malay politicians and their unwashed followers nailed the myth about tolerance while burying its multiracial branding for good.

If the gang now in power had its way, it would do everything to erase the country's multicultural past, cease even the pretence of acceptance to establish its supremacy in everything inconsequential to nation-building - love of ostentation, crude demonstrations of power, fear mongering and fake religiosity perched like an ill-fitting toupee on a baldpate.

Mazilamani: Malaysia is a cosmopolitan country unlike any in Asia, apart from Singapore. We are a smaller version of the US, even our flags have several colour similarities.

This country holds the hopes of the young generation, who want to progress with time and be ready to face the challenges of an unpredictable world. But we need smart, visionary, broad-minded and inclusive leaders.

Ipoh Pp: Dream on, friend. You will never get what’s in the US here in this country. Chinese and Indians sweat tears and blood to help build this nation and put it where it is today. But still, we will always be third class when it comes to education and positions in the civil service.

See for yourself what happened when Guan Eng and Thomas were appointed to the previous cabinet. Yours is a pipe dream, and you and I will never see a Chinese or an Indian ever become a PM in Malaysia.

Doc: Just who is Harris? She is a first-generation migrant for which her mother was from Chennai, India. In one generation, a migrant's child is now a strong contender to the post of the vice-president of the United States.

Will this happen here in Malaysia? No, because in Malaysia, politics are founded on race and stupidity. Most educated and highly intellectual first, second or third generation Indians opt for migration to other countries.

PrCh: That's why, for all America's faults, the country is viewed as a beacon of democracy. As long as you were born in the US, anyone can run for office. Race doesn't matter. Religion doesn't matter. Unlike in a certain other country.

Analyze This: Religion doesn't matter thanks to Thomas Jefferson's authorship in 1789 of the First Amendment of the US Constitution, codifying not only freedom of religion but also freedom from religion if one so desires - since the government is prohibited from being involved in the establishment of or the repression of any religion.

(The First Amendment's freedom of speech clause also makes it difficult to win a defamation case, which protects all of us from the likes of Trump or arrogant CEOs and celebrities.)

Remember, before Trump, the US president was also a mixed white/African-American. I hope to see further diversity at the top ranks. Black military generals have made it due to meritocracy, though the CEO ranks are lacking many women or blacks.

The more diversity through meritocracy, the better for all of us. The Trump base doesn't understand that.

Ferdtan: US may have many faults, especially with Trump in charge to bring forth the ugliness of racism; but it is the other side, more of the silent majority, that will keep the hope of sanity alive.

In Malaysia, Umno and now PAS are fanning racism with a vengeance; and we hope the other half of majority race can rise up to lend support for the minority - just like what the US is now trying to do - support a vice-president candidate Harris, a daughter of immigrants.

Here you have an old man, still stuck with his tiresome race-based party. Malaysia will not progress if there is no systemic change in politics - the youths today, especially the Malays, must decide what direction they want the country to go.

Progress or stick to the old world of racial/religious bigotry?

BluePanther 4725: The world is rejecting racism and talented people like Harris will make America better. Whereas in Malaysia, our leaders and politicians are still harping on race and religion. If we want to progress, we must progress as a nation regardless of race and religion.

Don't let Umno, PAS, Bersatu and Pejuang fool us. They are not fighting for the Malays or the country, they are fighting to fatten their own wallets.

BusinessFirst: Yes, criticise the US system for throwing up disasters like Trump, but you must accept that the country accepted a black man with a Muslim name, Obama, as president. A good one he was.

The Democratic party is now having a half-black, half-Indian woman as its vice-presidential candidate. This, in a country where the majority are white Christians.

Indeed, Malaysia has a lot to learn from the “flawed” US system.

I really can't think of any other precedent in history today, apart from Malaysia, where the majority entrench privileges for themselves and discriminate without embarrassment against minorities from contracts to civil service appointments, among others.

Perhaps some Umno, PAS or Bersatu supporters can help educate me on my ignorance. If there are, it must be exceedingly rare.

This is seen across the world from the US to Australia. Even our neighbour Singapore too. I hope we can move from a race-based system that has engendered so much corruption and abuse to a need-based transparent system.

We should help the poor regardless of race rather than help the rich because of their race. On this, we can learn from the US and the spectacular rise of Senator Harris.