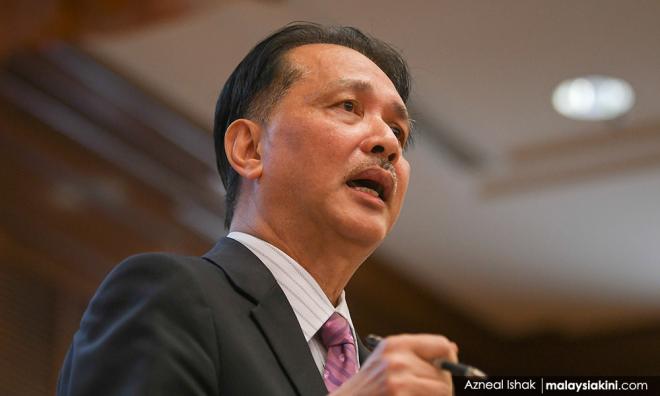 The three local transmissions comprise two from the Sala cluster and one from the Tawar cluster.

The source of infection for both remains under investigation.

“What contributed to the spread of infection in the Tawar cluster was an assembly of family members that did not fully adhere to SOP.

“The capacity of guests at the assembly did not adhere to the size of the (gathering's) space or safe physical distancing (guidelines). This caused widespread transmission (of Covid-19) in this cluster,” he said.

The Tawar cluster registered a total of 47 cases as of today - 40 in Kedah and seven in Penang.

As for the Sala cluster, Noor Hisham shared that the index case had a history of making hospital visits with several family members, who all tested positive for the virus.

The virus later spread to close contacts of both the index case and the family members.

This was despite how the hospital in question did not pick up any positive cases through its Covid-19 screenings.

“We suspect that the hospital visit might have contributed to the spread seeing that there are many patients at the hospital, and this increases the risk of transmission.

“There is a big possibility that the transmission in both these clusters could have been prevented if all parties followed the 3C rule - avoiding crowded places, confined spaces and close conversations,” he said.

The Sala cluster registered a total of eight cases as of today. All are from Kedah.

Malaysia recorded 26 recoveries over the same time frame, bringing active cases down to 192.

Eight cases are being treated in the intensive care unit (ICU). Two of the eight have been placed in a ventilator.

No new deaths were reported, keeping the Covid-19 death toll at 125.

Asked if the ministry had detected any “superspreader” cases in the Tawar cluster - the second largest active cluster in the country - Noor Hisham said no.

However, he said the D614G mutation - identified as a more transmissible strain of Covid-19 - had been found in both the PUI Sivagangga and Bukit Tiram clusters.

“As of now, we have identified that only a non-citizen from the Philippines from the Bukit Tiram (cluster) has that mutation.

“And PUI Sivagangga (cluster) has that mutation,” he said.

A "superspreader" Covid-19 strain refers to strains that have a higher infectivity rate than usual.

It has also been used to refer to patients who spread the virus to many others.

In a separate development, Taiwanese authorities said they are still tracing the source of infection of a Malaysian man who tested positive for Covid-19 after a trip to the island.

He initially tested negative on arrival in Malaysia, but a second test near the end of his quarantine period returned a positive result.

Chung reportedly said it is unclear how the Malaysian had acquired the infection, as the man claimed he seldom went out in Taiwan and his five close contacts, including his wife, all tested negative for the disease and Covid-19 antibodies.

The CECC will continue to trace any other contacts he might have had in Taiwan, Chung reportedly said.