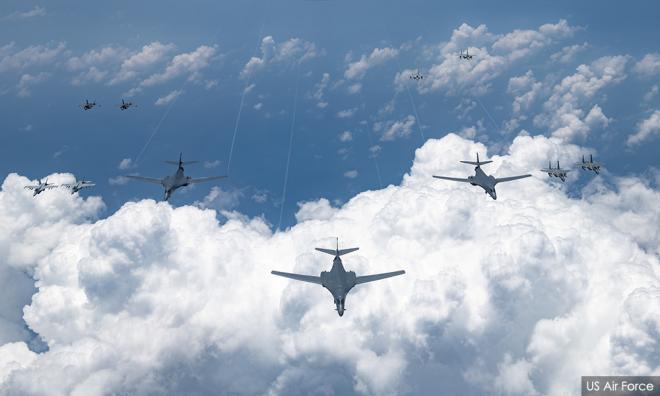 On July 21, two US Air Force B-1B bombers took off from Guam and headed west over the Pacific Ocean to the hotly contested South China Sea.

The sleek jets made a low-level pass over the aircraft carrier USS Ronald Reagan and its escorting fleet, which were exercising nearby in the Philippines Sea, according to images released by the US military.

The operation was part of the Trump administration's intensifying challenge to China's ruling Communist Party and its sweeping territorial claims over one of the world's most important strategic waterways.

While senior Trump officials launch diplomatic and rhetorical broadsides at Beijing, the US Defense Department is turning to the firepower of its heavily armed, long-range bombers as it seeks to counter Beijing's...