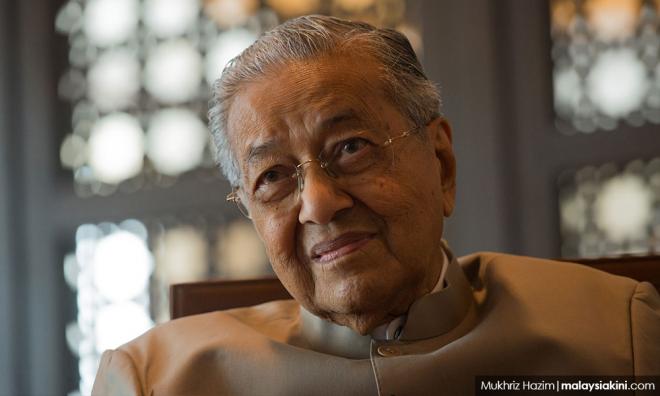 INTERVIEW | Dr Mahathir Mohamad first became a prime minister in 1981, holding the post for 22 years. Having retired in 2003, he made a comeback to fight against two of his successors - Abdullah Ahmad Badawi and Najib Abdul Razak - before once again winning the 14th general election in 2018 to become the country's seventh premier.

The 2018 election saw Mahathir leading Pakatan Harapan, a coalition of opposition parties comprising Bersatu, DAP, PKR and Amanah, to defeat BN, the bloc he led during his first term as premier.

However, Mahathir's second term as PM only lasted 22 months. This period was marred with allegations that the nonagenarian lacked power, and was purportedly under the control of DAP, which held the most number of parliamentary seats in the Harapan governing coalition.

Speaking to Malaysiakini in an exclusive interview on Thursday, Mahathir once again refuted the belief that DAP ever had him under their thumb.

"To say that DAP controls me... I think you are insulting me if you think DAP can control me," Mahathir said sternly.

"DAP had no such power. The one who had power was me. Everyone knows that I was the PM for a long period. During the first 22 years when I was PM, who controlled me?

"Who had control over me? Not the International Monetary Fund (IMF), not even the World Bank...