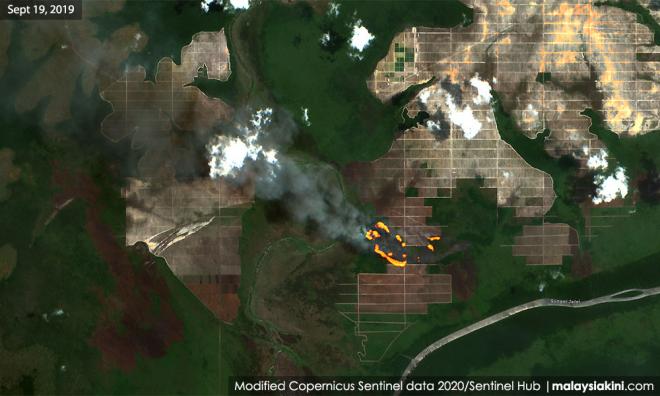 Published 16 Sep 2020, 10:52 pm
Modified 21 Sep 2020, 9:25 am
12
SPECIAL REPORT | Each day, the Desa Jambi chapter of the group Masyarakat Peduli Api (MPA) have kept a watchful eye on the banks of Sungai Berais in West Kalimantan, Indonesia, for signs of wildfires.

The river is regarded as an area of high conservation value (HCV). Its winding waters cut across an oil palm concession operated by PT Kalimantan Prima Agro Mandiri (KPAM), dividing the concession land in two.

KPAM is owned by the IOI Corporation Bhd that is headquartered in Putrajaya.

While out on patrol on his motorcycle, Desa Jambi MPA chief Romanus Soekarno, 37, received a call in September last year about a fire on the river’s east bank.

As the MPA moves in to respond, satellites high above have silently recorded a sequence of events that raise questions on IOI’s complicity in the blaze that would soon overwhelm Romanus’ team and threaten his family.

An investigation has found that at around the time of the fire, KPAM was clearing...