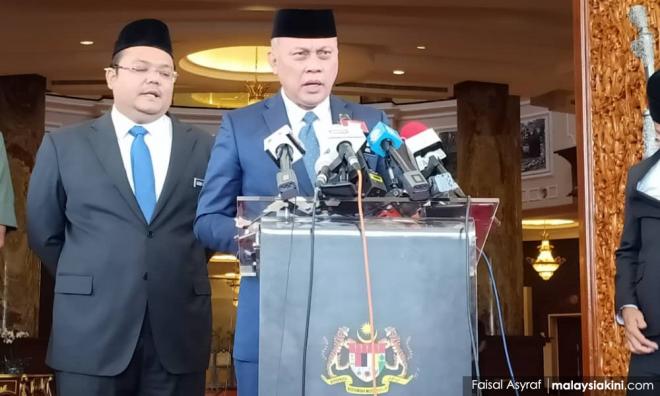 Istana Negara has confirmed that PKR president Anwar Ibrahim and his wife had been granted to an audience with the Yang di-Pertuan Agong Sultan Abdullah Sultan Ahmad Shah yesterday.

In a statement, Comptroller of the Royal Household Ahmad Fadil Shamsuddin (above, centre) said the event, however, had to be postponed as the king was unwell and had to be treated at the National Heart Institute.