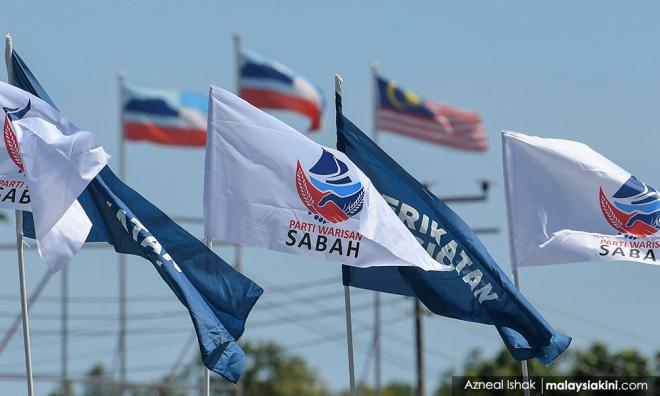 Of the 73 seats up for grabs, it predicted Warisan Plus would comfortably win 23 while GRS would secure 19. The scales were tipped in Warisan Plus’ favour in 14 of the remaining 31 seats while GRS stood a good chance in five.

Ilham admitted that fights in the other 12 seats were too close to call. It did not detail which seats these were.

Among the reasons for its analysis was “confusing” and ineffective messaging by GRS and a lack of cohesion between allies Umno and Bersatu.

In an analysis published on the eve of polling day, Ilham said its researchers on the ground observed that many, especially older voters, were unfamiliar with GRS.

The new alliance was unveiled on nomination day by Bersatu president Muhyiddin Yassin.

It also noted how voters were confused over the many clashes among GRS parties as well as all the different logos they were using in the election, which include the BN, PBS, Parti Solidariti Tanah Airku (Star) and the untested Perikatan Nasional (PN) logo.

“For GRS, it is unclear who is leading the charge as the election director. Muhyiddin has failed to resolve the seat allocation negotiations between BN, PN and PBS.

“Umno and BN are fielding almost 90 percent of new candidates as part of their approach. The stubbornness and egos among leaders (to not) commit to straight fights may give a small edge to Warisan Plus in some seats,” Ilham said.

Another point of confusion was the use of Muhyiddin on GRS campaign material when he was not a candidate.

“PN had no significant themes aside from broadcasting Muhyiddin’s image with the message 'Abah Kita Bah' (our father)... The word 'abah' is not used here to refer to father or someone influential,” it said.

“Using the PM’s face in posters across Sabah has led to confusion because he is not contesting or considering to be the chief minister. This strategy has not helped boost PN’s strength in Sabah because this election is more local-based,” it added.

The think tank further noted friction between Umno and Bersatu.

“In our observations on the field, Umno and Bersatu machinery did not work together,” Ilham said.

In contrast, Ilham noted Warisan Plus’ “Sabah for Sabahans” and “unity” messaging struck a chord with voters.

This was especially since candidates in all 73 seats were projecting the same narrative, it observed.

Compared to Muhyiddin, it observed that voters were more inclined to incumbent chief minister Shafie and perceived him as the clear leader of Warisan Plus.

“We compared the aura of the two leaders. On average, Shafie still has the advantage. Muhyiddin’s popularity in the peninsula appears quite limited here,” it added.

However, Ilham observed that some voters were dissatisfied with Shafie’s Warisan administration over Covid-19 aid, preferring PN and BN in this regard.

“It is clear that the federal government is seen as helping them more while assistance from the state government was said to be less thorough.

“They disputed why the distribution was done selectively,” it said without elaborating.

Ilham said its analysis was based on on-the-ground observations in all 73 seats, research, focus ground discussions and interviews conducted between Sept 8 and Sept 24.