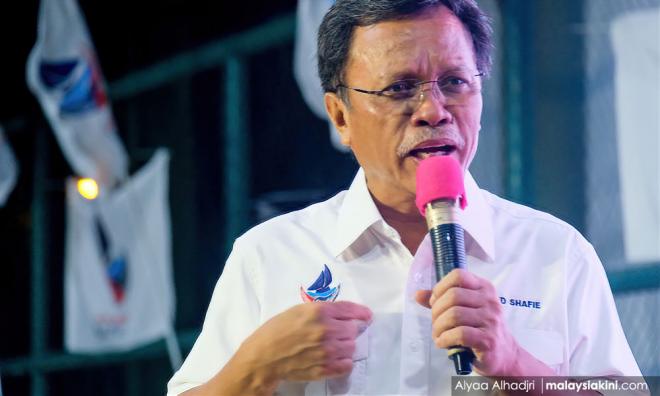 Shafie makes no mention of conceding defeat, says Warisan has most seats

Former Sabah chief minister and Warisan president Mohd Shafie Apdal does not appear ready to concede defeat, declaring that his party won the most number of seats in the Sabah election.

Addressing supporters at the chief minister's official residence in Kota Kinabalu at 1am, Shafie urged the new lawmakers to fulfil their duties.

"The results showed that the one single party which won the most seats is Warisan - we won 29 seats.

"Do not forget the trust placed in you by the rakyat... We know that the political situation in the country is not stable and it is the same in Sabah.

"The single biggest party is Warisan," he reiterated.

Asked if Warisan and its allies would still attempt to form the next state government, Shafie was non-committal.

"We still study the situation and processes... However, (the fact is) the single biggest party is Warisan," he added.

As a whole, the Warisan Plus alliance, which includes PKR and Upko, won 32 seats.

Umno only has 14 seats while Bersatu has 11.

At the time of writing, GRS has yet to name a chief minister.