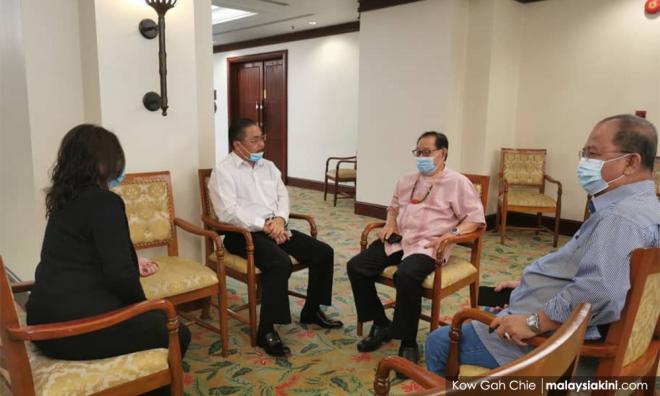 Parti Solidariti Tanah Airku (Star) president Jeffrey Kitingan said this when met at a hotel in Kota Kinabalu, which was Perikatan Nasional (PN)'s command centre during the just-concluded state elections.

When asked if the meeting will be attended by BN, Jeffrey said: "I suppose everybody (will attend)."

He said GRS parties would be discussing the chief ministerial candidate at the meeting.

He expected the new chief minister would be sworn in by today.

As of 9.50am, however, only Jeffrey, who successfully defended the Tambunan seat, and Star's other newly-elected state assemblypersons were seen at a foyer next to the meeting room.

There is yet to be any sign of BN-Umno or PBS leaders who are also vying for the chief ministership post.

Besides BN, PBS leaders were also absent from an event where leaders gathered to wait for the election results.

He explained that PBS leaders stayed at their own houses last night.

Jeffrey denied that the tussle for the chief minister's post had strained the relationship between GRS allies.

Meanwhile, in the morning, the state Broadcasting Department quoted Abinan Asli, private secretary of the Sabah governor, saying the palace would not hold a swearing-in ceremony today, as at 8.20am.

This was contradictory to Hajiji's remark where he said GRS's new chief minister would be sworn in today.