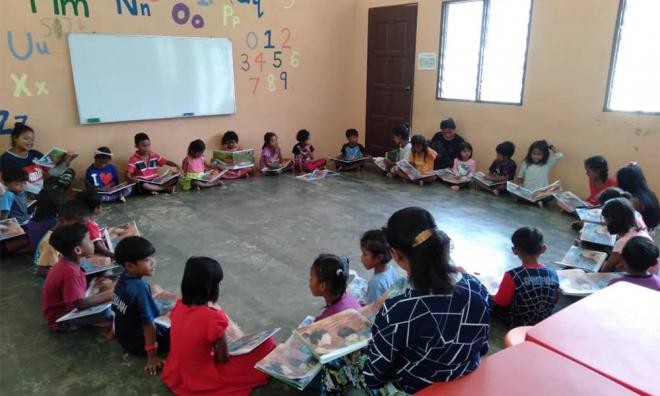 It’s been over six months since the movement control order (MCO), and its variants were introduced by the government to combat the spread of Covid-19. Schools around the country have mostly returned to normal with some added new norms.

In city centres like KL, children have to queue up to get their temperature taken before entering school premises, with face masks and social/physical distancing part of the routine now.

For nearly four months, online teaching and learning methods were used to replace face-to-face interactions, and that eventually came to an end.

However, there were massive constraints for students who had poor or no internet access, especially those who live in rural areas like Orang Asli (OA) settlements.

Indeed, the situation received national attention through the case of Universiti Malaysia Sabah student Veveonah Mosibin of Kampung Sapatalang in Pitas, Sabah. She made headlines after filming a video of herself climbing a tree to gain better internet access to sit for an online examination.

Increased connectivity a must

For the OA, this is something they have dealt with for many decades.

When Malaysiakini visited the Mah Meri community in Kampung OA Pulau Indah, Port Klang in April, we spoke to a teenager who was hampered by slow internet speed in her village. This limited her ability to download revision exercises that her teacher shared in the class' WhatsApp group.

Prof Bahari Belaton is a Semai who was recently appointed as the dean of Universiti Sains Malaysia’s School of Computer Sciences. He has gone back to his village of Kampung OA Tangkai Cermin in Tanjung Tualang, Perak several times since the MCO was relaxed.

As one who battled the challenges of remote access to education materials, he is keen for more to be done to help the children in this area...