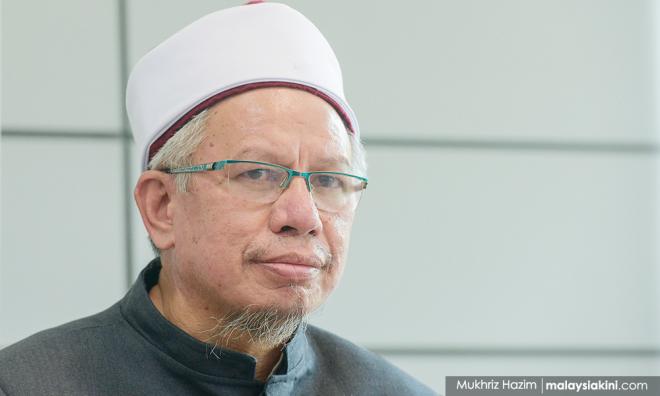 Like all Covid-19 positive cases, contact tracers will now work against time to track all who had contact with Minister in the Prime Minister’s Department Zulkifli Mohamad Al-Bakri in the last 14 days.

This time, the job will be more challenging because in the two weeks before infection was detected, the minister officiated events attended by hundreds of participants, across multiple states, according to his Facebook page.

The states visited by the minister were Sabah, Selangor, Kelantan, Terengganu, and Negeri Sembilan. He also visited Kuala Lumpur and Putrajaya.

In photos of his travels, he was shown giving speeches from a stage, as well as handing out certificates and aid at events attended by dozens of people at a time.

Most of the time he was masked, but on some occasions - like in Kampung Serusup, Tuaran where he disbursed aid to the needy on Sept 24 - his mask was lowered.

His visit to Tuaran, on the west coast of Sabah, might have been crucial. This is because, besides the prison cases in Alor Setar, Kedah, and cases linked to undocumented migrants in Klang, Selangor, almost all other new cases in Peninsular Malaysia were linked to travel to Sabah.

Zulkifli did not breach any regulations by continuing with ministerial duties as normal because mandatory tests and home quarantine for Sabah returnees were imposed on Sept 27 onwards, three days after the minister left East Malaysia.

Following his return from Sabah, he had visited several mosques in various states, mostly to deliver sermons.

This includes Masjid Dato Kelana Petra, Nilai, which today announced its immediate closure until further notice because “a congregant suspected of Covid-19 had prayed” there.

Zulkifli had delivered a sermon at the Negeri Sembilan mosque yesterday, which was actually his second sermon there since returning from Sabah.

Besides larger-scale ceremonies, the minister also shared photos of smaller meetings he attended, including in his office, where most participants were not wearing masks.

He also visited restaurants, where, like other customers, he removed his mask while dining, in Putrajaya (Kedai Pak Tam Sup Utara in Presint 8) and Tuaran (Gerai Kelapa Bakar Kak Tini).

In his announcement today, the minister urged all who had contact with him to get screened for Covid-19.

Prime Minister Muhyiddin Yassin said cabinet ministers and top civil servants were also on home quarantine orders, after coming in contact with Zulkifli during a meeting (below) on Oct 3.

Below is a list of places and events the minister had visited or attended since returning from Sabah, based on his Facebook postings, according to date:

- Delivered aid to the needy as part of Yapeim Food Bank programme (below).

- Visiting the former Sabah governor and his wife. (below)

- Delivered financial assistance to the school.

- Delivered a sermon and performed a tahnik ceremony for a pair of newborn twins. (Tahnik is a ceremony in Islamic tradition where masticated dates are placed in a newborn's mouth.)

- Delivered aid to students (above)