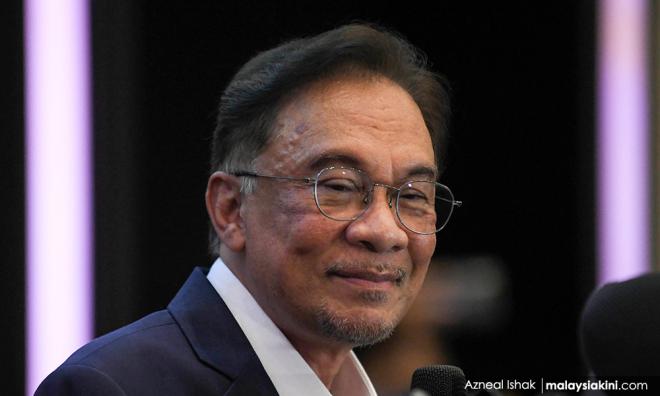 COMMENT | PKR president Anwar Ibrahim has an appointment with history on Tuesday and many hope Malaysia will be better off when he becomes the 9th Prime Minister.

Not everyone will agree but at least it will once and for all remove the monkey on both former prime minister Mahathir Mohamad's and Anwar's backs.

Their long-standing feud has been at the people's expense when Mahathir failed to see through Anwar's ascension to the top post twice - the most recent time being the derailment of the Pakatan Harapan reform train.

The news that Anwar has garnered support from Umno members, as well as Sabah and Sarawak representatives, as reported by Malaysiakini based on a PKR source, remains to be seen, and is set to be revealed when he meets the King.

Current affairs in Malaysia have reached an unhealthy and uncertain phase. Nothing that needs be said has been omitted from social media and online publications. Nothing except perhaps an end to Anwar's ordeal...