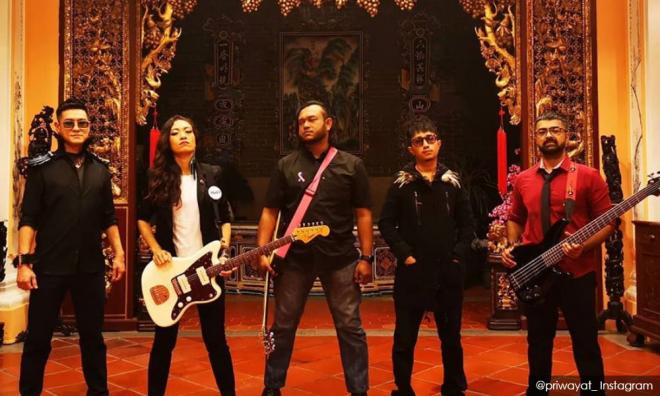 DAP’s Zairil and Syerleena rock out with Priwayat

If you’re looking for some original rock compositions, the Penang state assembly is unlikely to be your first port of call. However, assemblypersons Zairil Khir Johspari (Tanjong Bunga) and Syerleena Abdul Rashid (Seri Delima) have more than a few tricks up their sleeves.

Aside from being elected representatives, the pair are also talented musicians. While Zairil’s piano-playing skills have been displayed to a limited audience in the past, Syerleena gigged in the UK back in the days when she was in a band with her brother Riz, whom the regulars at PJ’s Merdekarya will recognise, is part of the Brian Gomez-fronted Sons of the Soil.

Both of them can be considered rising stars in the new wave of DAP politicians.

Zairil, the son of former minister Khir Johari, was first elected Bukit Bendera MP in 2013 before transferring to the Penang state assembly in 2018. Currently serving as the Penang state executive councillor for infrastructure and transport, he is a former president of the Football Association of Penang and is married to politician Dyana Sofya Mohd Daud.

Merdeka baby Syerleena, who was formerly with NGO Aliran, first came to prominence as a vocal Penang city councillor in January 2015 and also made the switch to the Penang state assembly in the 2018 elections.