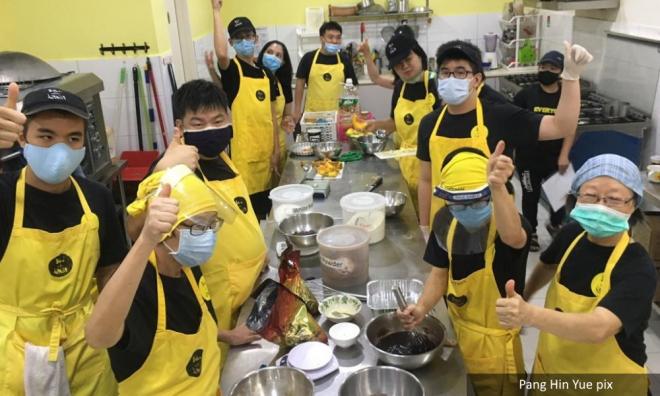 Bake with dignity - Empowering adults with disabilities through baking

MALAYSIANSKINI | At the Leisure Commerce Square in Bandar Sunway, there is a shop with a yellow signboard bearing the words “Bake with Dignity – A project by Dignity and Services for and with persons with learning disabilities”.

As the signboard states, the shop is a bakery which employs adults with learning disabilities, but to its co-founders Pang Hin Yue and Marina Lim, it is so much more than that.

The bakery and its kitchen are a safe haven for adults with learning disabilities to work and socialise, they told Malaysiakini.

The bakery was founded about ten years ago, and it started its operations out of a house in Taman Tun Dr Ismail. In January 2017, they managed to fundraise enough to open their own store in Bandar Sunway.

Currently, the shop has nine bakers with learning disabilities, along with a number of volunteers who supervise the bakers.

Though they are called bakers, they do more than just baking. They also cook and serve savoury foods at the bakery, with a focus on catering for company events.

This is the story of Bake with Dignity, in the words of its co-founders Pang and Lim...