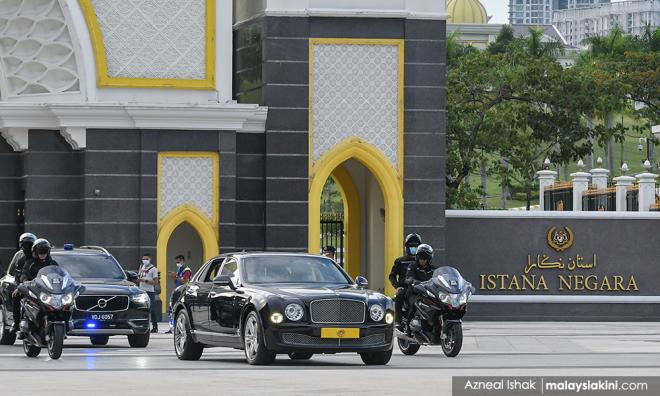 The meeting was called after Prime Minister Muhyiddin Yassin on Friday met with the monarch to propose, among others, a state of emergency to fight the Covid-19 pandemic.

The meeting of the rulers today was intended to help guide the king on whether he should accede to Muhyiddin's request.

Proponents have said a state of emergency is needed to fight Covid-19 while critics claimed Muhyiddin is trying to cling on to power amid a fragile majority and the threat of defections among MPs.

The meeting, which started at 2.30pm today, concluded at around 5pm...