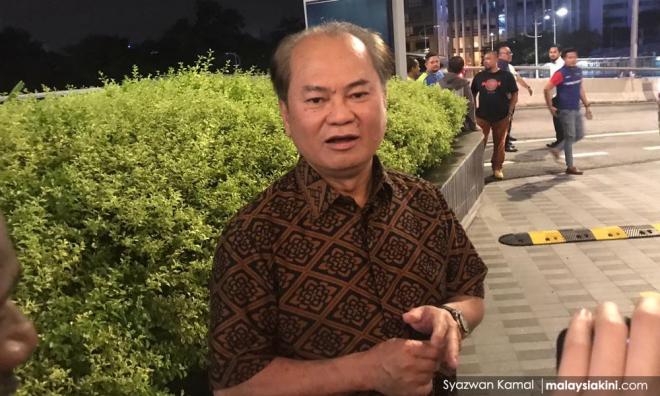 1. DAP’s Sungai Pelek assemblyperson Ronnie Liu had been arrested then released on police bail for alleged sedition over his Facebook posting on the protests in Thailand. Several NGOs said this made no sense in the context of Malaysian law.

2. The Yang di-Pertuan Agong has advised all MPs to support Budget 2021 and he also repeated his call for MPs to put an end to political bickering.

3. Gombak MP Azmin Ali’s call for politicians to unite with the people against Covid-19 has been greeted with animosity by his former allies in Pakatan Harapan.

4. Umno vice-president Mohamed Khaled Nordin reportedly said the Umno Supreme Council meeting on Monday did not discuss nor decide on a candidate for deputy prime minister, nor was the Umno leadership informed of any request by Prime Minister Muhyiddin Yassin to name a candidate to be his deputy.

5. A government MP has reportedly filed a motion of confidence in support of Prime Minister Muhyiddin, but Dewan Rakyat Speaker Azhar Azizan Harun said he has more important motions besides prioritising the Budget 2021 debate.

6. Pakatan Harapan’s presidential council is expected to meet today to discuss its next move in light of the latest political developments. The council last met a month ago.

7. Health Ministry director-general Dr Noor Hisham Abdullah said he is having sleepless nights due to the stress of facing the Covid-19 pandemic.

8. Sabah state minister Masidi Manjun said his previous statement that Covid-19 beds in Sabah are 99.5 percent occupied is incorrect due to a mistake in calculating the figure. Meanwhile, Noor Hisham revealed that nearly one-third of Covid-19 deaths in the current wave of cases occurred before the deceased arriving in hospital.

9. Food stall owner Goh Yong Thai is appealing for an RM1,000 fine to be withdrawn after he was stopped at a roadblock while getting takeaway food near his home.