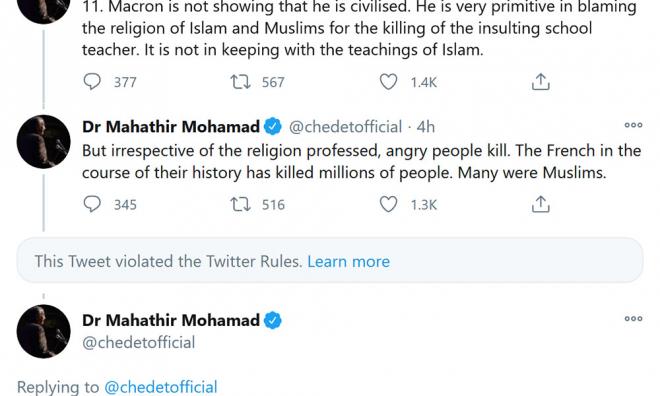 The tweet was part of a series of tweets reiterating the content of the former premier’s latest blog post, which was written in response to French President Emmanuel Macron's purported remarks about Islam...