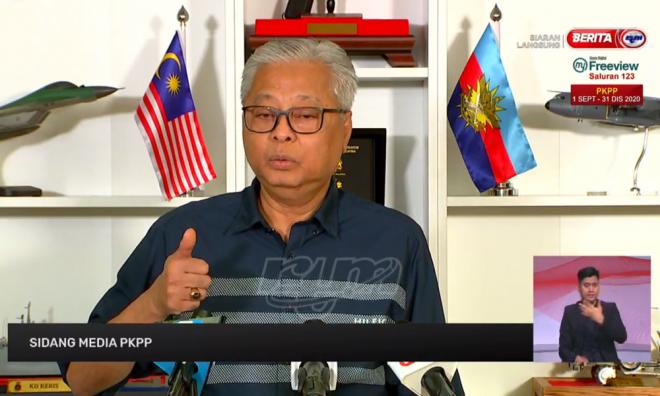 CMCO in most states from Nov 9 to Dec 6

The government will be implementing the conditional movement control order in most states from Nov 9 to Dec 6, following a rise in Covid-19 cases.

The conditional MCO in Kuala Lumpur, Putrajaya, Selangor, Labuan and districts affected in Sabah would also be extended for another six weeks.

The only states not affected are Perlis, Pahang, Kelantan, and Sarawak.

However, folks in those states are not allowed to travel to other states but inter-district travel is allowed.

For Sarawak, they are allowed to travel to any district within the state except Kuching.

Throughout the enforcement of the conditional MCO in those states, all educational institutions will be closed.

Economic activities are allowed but they have to follow the operating hour.

Public transports are allowed to operate from 6am until midnight.

In Perak, the government has decided to impose the enhanced MCO on Maahad Al-Yahyawiah school in Kuala Kangsar, Perak, from tomorrow until Nov 21.

Meanwhile, the enhanced MCO on PPR Sri Balung and Taman Semarak in Tawau, Sabah will end tomorrow as scheduled.

Asked if the government would impose a statewide conditional MCO in Sabah, Ismail said the national security council and health ministry were expected to discuss it on Monday.

"The National Security Council's special meeting had discussed the situation in Sabah.

"Almost all (districts) in Sabah are red. So, the prime minister had asked for a special meeting involving a technical committee to look into the matter.

"I believe by Monday, NSC and the Health Ministry will present the matter in a special meeting. If there's any decision, we will announce.

"If there are changes, the attorney-general will be notified to gazette the SOPs,” Ismail said.