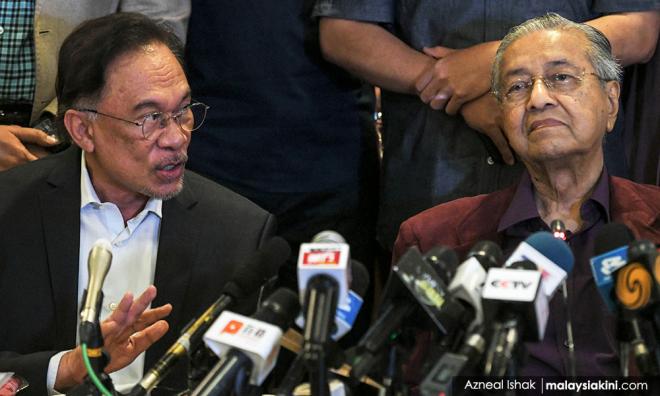 Anwar not capable of navigating M'sia through troubled times - Mahathir

Amid a stalemate over who would lead a unified opposition, former prime minister Dr Mahathir Mohamad is adamant that person should not be PKR president Anwar Ibrahim.

Mahathir, who prior to the collapse of his Pakatan Harapan government had publicly said he would hand over power to Anwar but indicated behind closed doors that he won't help muster the necessary support for the Port Dickson MP, is now openly rejecting him.