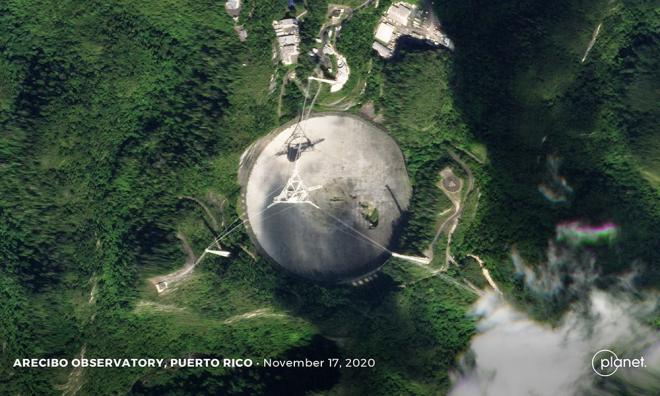 On brink of collapse, famed Puerto Rico space telescope to close down

The US National Science Foundation on Thursday announced it will close down the massive space telescope at Puerto Rico's Arecibo Observatory, ending 57 years of astronomical discoveries after suffering two destructive mishaps in recent months.

Operations at the observatory, one of the largest in the world, were halted in August when one of its supportive cables slipped loose from its socket, falling and gashing a 100-foot-long hole in its 1,000-foot wide reflector dish.