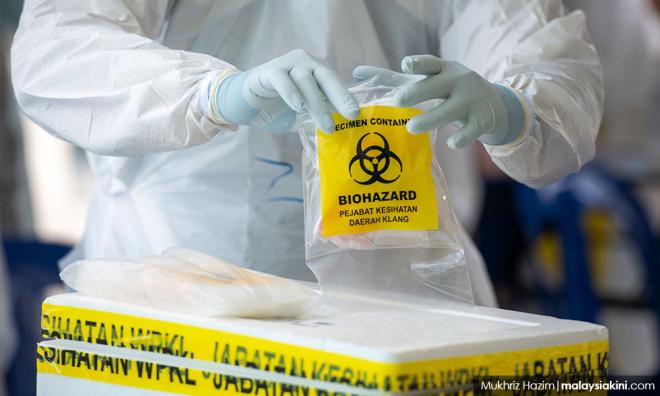 COVID-19 | The Health Ministry today reported 1,309 new Covid-19 cases with almost 1,000 of them found outside of Sabah, which had been the epicentre of the pandemic during the current third wave.

The bulk of the new cases in Peninsular were from Kuala Lumpur (493) and Selangor (238).

On the flip side, the Health Ministry reported 1,333 new recoveries today.

This brings the cumulative recoveries to 52,647 versus cumulative positive cases of 64,485.

Health Ministry director-general Dr Noor Hisham Abdullah, in a statement, explained that the spike in Kuala Lumpur was largely due to clusters at construction sites.

He said of the 493 new infections in KL, 473 were from the construction site clusters.

Patients in intensive care: 116 ↓ (Two less than the previous day)

Intubated patients: 42 ↓ (One less than the previous day)

Deaths: 3 ↓ (One less than the previous day)

The three fatalities put the latest death toll at 357 people. Details of the new deaths are as follow:

A breakdown of the new cases by states is as follows:

Sarawak, Putrajaya and Perlis did not report any new cases today.

This means 183 out of the 359 clusters are still active. However, only 49 clusters recorded new cases today.

The new clusters are Sungai Mulia construction site in KL, Batu Lima in Sabah, Yayasan in Selangor and Hilir in Kelantan.

The Batu Lima cluster involves the district of Kota Kinabalu in Sabah. The index case is Patient 50,994 who tested positive on Nov 19.

Since then, the cluster has recorded a total of 49 infections.

The Yayasan cluster involves the district of Klang in Selangor.

The index case is Patient 52,340, who was discovered through a screening of symptomatic individuals on Nov 20.

A total of 190 people were screened and 21 people have tested positive.

The Hilir cluster involves the districts of Kota Bharu, Tumpat, Bachok and Pasir Puteh in Kelantan.

The index case is Patient 58,845, who was also discovered through a screening of symptomatic individuals on Nov 24.

Following the discovery, a total of 975 people were tested with 21 turning out positive.