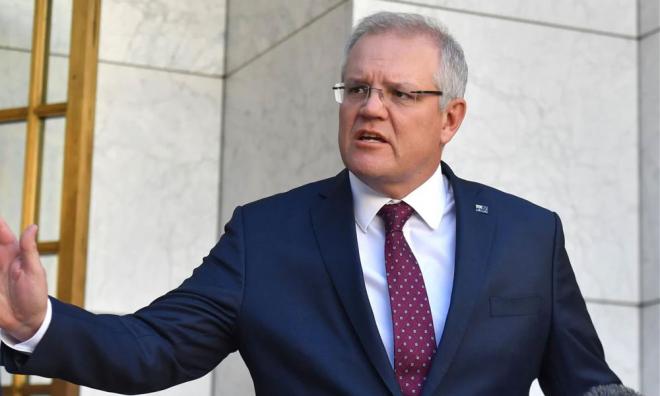 Australia has demanded an apology after a senior Chinese official posted a fake image of an Australian soldier holding a knife with blood on it to the throat of an Afghan child, calling it “truly repugnant” and demanding it be taken down.

Prime Minister Scott Morrison (above) called a media briefing to condemn the posting of the image, marking another downturn in deteriorating relations between the two countries.