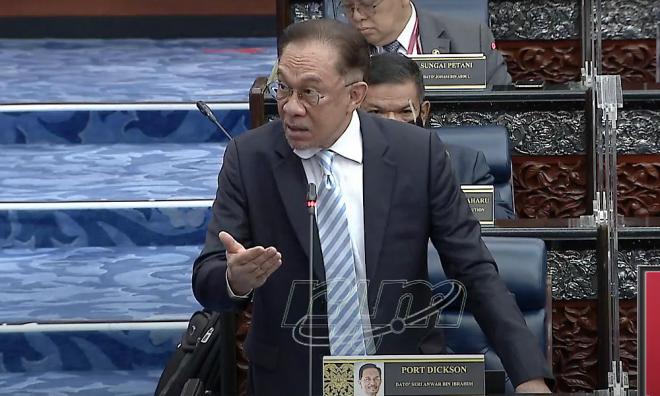 COMMENT | In yet another ironic moment in Malaysia’s political history, what was supposed to be a legitimacy crisis for the government has turned out to be a legitimacy crisis for the opposition. Pakatan Harapan is at a watershed, a turning point after the debacle of the Anwar Ibrahim-led sit down for a non-recorded vote on the second reading of Budget 2021 last Thursday. Thirteen men stood up to oppose the Budget. Only thirteen.

The frustrations over this event are still evident on multiple levels; among elites, votes on allocations for individual ministries to date have been abstained by Warisan and other Sabah representatives in a show of deep frustration. There are also growing calls for an "Anwarshed" of the leadership of Harapan.

Most important of all, the opposition is facing a serious credibility problem among voters – after weeks of building up the debate and momentum on the Budget, not only did Anwar fail to deliver the "numbers" again but the opposition showed a lack of follow-through on the principles and responsibility as the opposition in Parliament in giving the Muhyiddin Yassin government a walkover.

The litany of varied excuses and continued failure to cooperate among themselves have only worsened the situation – as voters are asking whether the parties they expected to work together and represent pressures for reform have abdicated the effort and, even among some, effectively abandoned them. The problems Harapan faced while in government, with real declines in support and delegitimation, are arguably worse now as many of the supporters who returned to the Harapan fold and those that stayed feel doubly betrayed.

The problems in Harapan have been evident for some time, most glaringly illustrated in the February loss of government earlier this year. The tendency has been to focus the analysis around the personalities as this is an easier approach to understand and the personalities have been so prominent in the alliance’s problems. The argument runs that the loss of government in February was Mahathir’s fault. More recently, the current Budget watershed is Anwar’s fault.

No question, Anwar’s leadership has come under a ...